Here's a glimpse into how the mind of the hopelessly addicted, borderline unhinged book collector behind Existential Ennui works – as if you didn't already know.

Just under a week ago I posted a guest essay by my friend and former colleague Adam Newell on Roald Dahl's little-known debut novel, a 1948 work of adult fiction entitled Some Time Never – or to give it its 1949 British title, Sometime Never. It's a great post, and I urge you to go read it if you haven't already, but it had a (probably) unintended consequence in that shortly after it went up on Existential Ennui, Adam noticed that a couple of copies of the British edition of the novel – which is notoriously scarce in any edition, having only ever had one printing each in the US and the UK – had popped up on AbeBooks. Furthermore, both of those copies still had their dustjackets, and while one of the copies was listed for sale at £800 – admittedly it did bear Dahl's signature – the other was rather more reasonably priced.

You can see where this is going, can't you? Yes, I bought the reasonably – but still not exactly cheaply – priced copy of the British first – and only – edition: 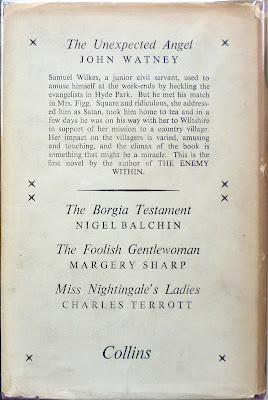 which was published by Collins in 1949. And for its age, it's in pretty good condition. The dustwrapper has a few chips and minor tears, as well as a darkened spine and some loss at the head and tail of the spine, but it's otherwise bright and complete, and also unclipped – no doubt because it's unpriced anyway. That wrapper, by the way, was designed by Stephen Russ, a much-admired book cover designer who trained under painters Edward Bawden and Eric Ravilious – the latter of whose work I particularly love, especially the pictures painted around the South Downs area in which I live and work – at the Royal College of Art, and who designed a lot of covers for Penguin, among other publishers. 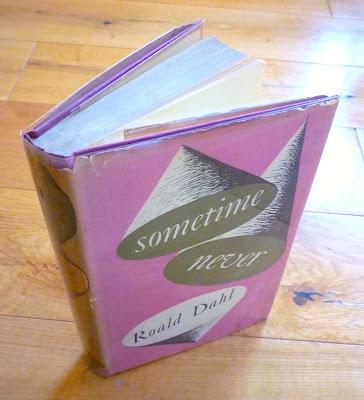 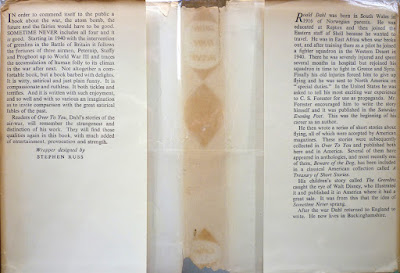 Judging by Adam's review of Sometime Never – and indeed the jacket flap blurb – the novel could have fitted quite snugly into last year's lengthy run of post-apocalyptic fiction posts: in other words, definitely my kind of thing. So it wasn't purely avariciousness which motivated me to buy this copy... although its scarcity – the three copies of the Collins first on AbeBooks appear to be the only ones for sale online – did, it almost goes without saying, play a major part. Even so, I like to think there's an element of altruism involved here too, on account of, heretofore, there have been scant few images of either edition of Some Time Never/Sometime Never available online, and now there are all of the ones in this post. No, no – no need to thank me: I live to serve. 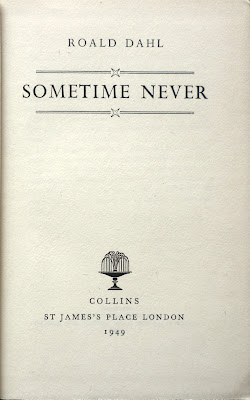 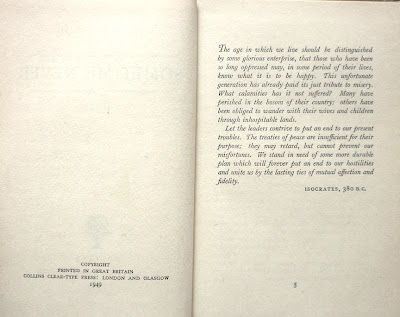 Like a good many 20th century literary figures, Roald Dahl had a hand in intelligence during the Second World War, in Dahl's case supplying information to Canadian spymaster William Stephenson, who was instrumental in the establishment of the OSS, which would eventually become the CIA. And oddly enough, the author of the next book I'll be blogging about also worked with Stephenson... although this particular author's ultimate aim was rather different to his fellow Allied operatives. Before that, though, I'll be plugging another guest post, this time one I'll be posting on The Violent World of Parker blog rather than Existential Ennui...
Posted by Nick Jones (Louis XIV, the Sun King) at 06:07