Geoffrey Household: The Sending (Michael Joseph, 1980), Summon the Bright Water (Joseph, 1981), and Ruminations on the Rural

Thus far in this ongoing run of posts I've been occasionally referring to Geoffrey Household as a thriller writer. But "thrillers" only goes some way towards describing the books and stories he wrote. Some aren't thrillers at all, but even those which fall within that loose term are often something else besides, and such is the case with the two books I'm showcasing in this post. Published in consecutive years just prior to 1982's Rogue Justice, one features occult elements, while the other details a quest for hidden golden treasure, but both revisit Household's abiding concern of the countryside as a place of escape, refuge, and indeed danger. And the first of those two books is this: 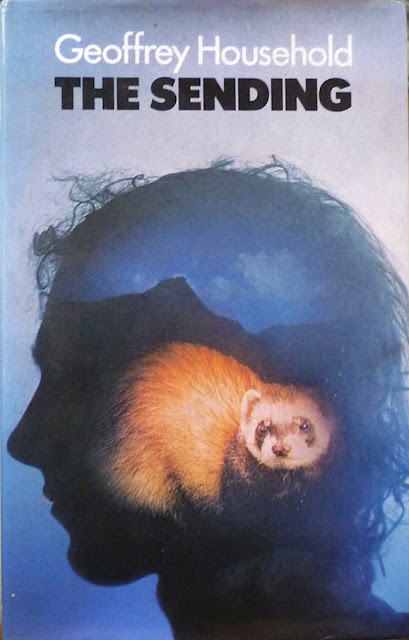 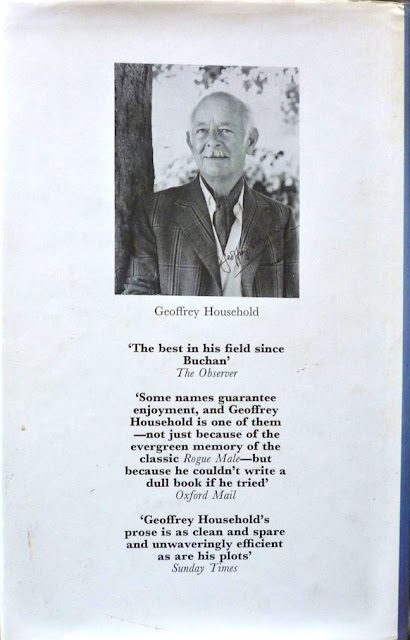 Published in hardback by Michael Joseph in the UK in 1980, with a jacket cover photo by Chris Yates – whose work as both a photographer and a professional angler (!) I explored in this earlier Geoffrey Household post and this P. M. Hubbard post – The Sending was Household's twenty-fourth novel, and like many of his books is written in the first-person. In this instance the narrative takes the form of a diary, that of the intriguingly named Alfgif Hollaston, "a government surveyor" and "mystic and painter" who returns to "the Somerset home of his ancestors" where he inherits a polecat named Meg who, it transpires, is a witch's familiar. All of which sounds very odd indeed – have a read of the jacket flap blurb below for more: 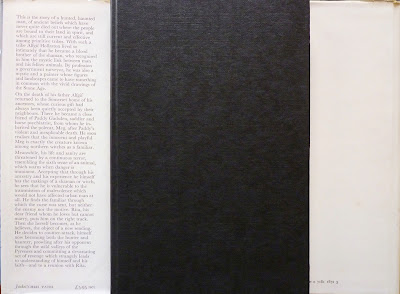 I bought this first edition in the excellent secondhand bookshop Dim and Distant in Heathfield, East Sussex, for the princely sum of four quid, and it's in very nice, near-pristine condition – with one or two curious exceptions. Here and there in the text someone has marked up in pencil typos: 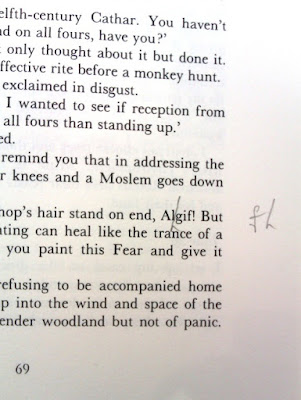 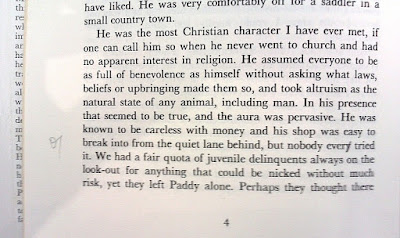 Which makes me wonder if this copy is a file copy, marked up by a publisher for a prospective paperback printing, as was the case with this Simon & Schuster hardback of Ross Thomas's The Mordida Man. Either that, or its previous owner was a particularly over-zealous editor unable to leave his or her work behind of an evening. 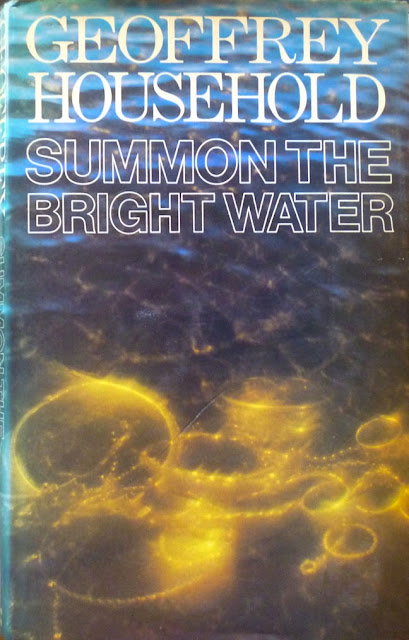 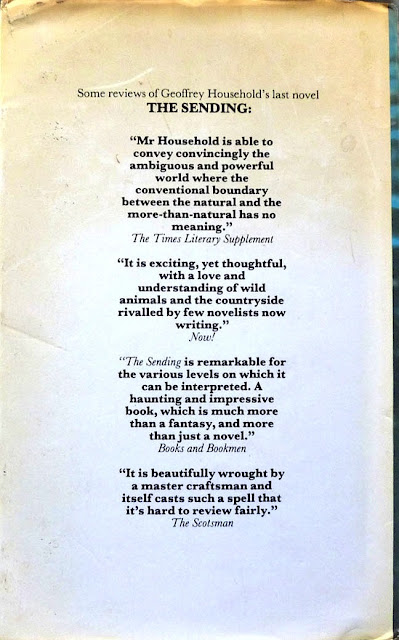 Published again by Michael Joseph, this time in 1981, and once again featuring a Chris Yates cover photo, on the surface (hey!) Summon the Bright Water's plot appears more conventional than that of The Sending: the narrator, Piers Colet, travels to the Forest of Dean, and on a skin diving expedition in the River Severn is nearly drowned by his guide, Simeon Marrin, thereafter coming to suspect that there is treasure in the river. But of course there's more to it than that: Marrin is financing the "esoteric community" of which Colet is a guest in the Forest of Dean – and that community is "preparing its members for the collapse of urban civilisation by learning the simple crafts of the Dark Ages". As before, allow me to guide you to the jacket flap blurb for more details: 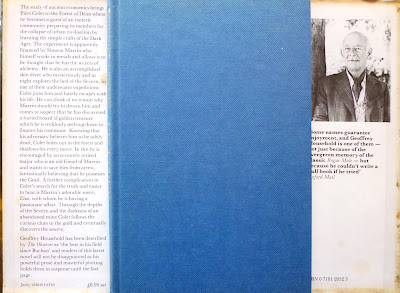 In common with a good many of Geoffrey Household's novels and stories, both The Sending and Summon the Bright Water are set in and deal with rural locations and life – a preoccupation Household shares with suspense writer P. M. Hubbard, although in Hubbard's case the countryside is often a much more hostile place. Not that Household romanticizes the English countryside: as crime writer and Top Notch Thrillers head honcho Mike Ripley points out in this 2011 Crime and Detective Stories article, despite not actually moving to the country until he was in his late forties, Household was "able to bring the reader closer to nature, albeit a nature very red in tooth and claw".

The central theme of most of his thrillers is the hunter and the hunted and many of his heroes are solitary ('Rogue'?) figures, almost cat-like animals with their scented 'runs' and burrows where they take cover from their enemies. In Household's world, ground is most efficiently covered on horseback and every dip in the landscape, every ditch, every hedge and every copse of trees is noted as a possible source of cover, camouflage or danger. 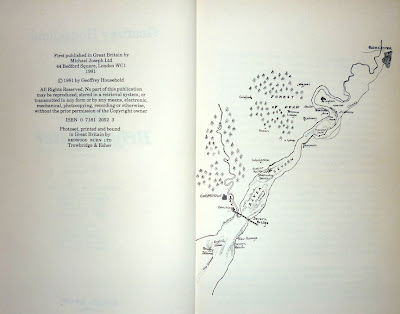 That affinity for the rural and sense of the wild as a place in which to seek refuge and respite is something I touched on in my 2010 review of Rogue Male (alongside Concrete Island and Ordinary Thunderstorms), and it's a theme I'll be returning to in a review of a similarly rustic Household novel later in this run of posts. But next, I'm turning to Geoffrey Household's short stories, and an early collection which Household always maintained was the book he wished to be judged by...
Posted by Nick Jones (Louis XIV, the Sun King) at 05:44