My Friend Tim Went to New York Comic Con and All He Got Me Was This Lousy Signed Limited Edition of Darwyn Cooke's Parker: The Outfit

Actually that's not all he got me; he also gave me a thousand-piece Elephantmen/Hipflask jigsaw puzzle, which I then gave to Rachel, who has been happily doing it ever since: 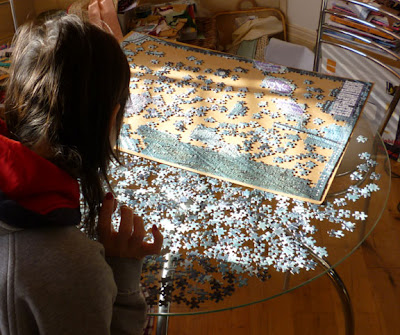 Did I say "happily"? I meant "obsessively, thinking about it constantly, devoting every waking hour to it to the exclusion of pretty much anything else". Bless. The puzzle's a lot further along than that picture now; I reckon she'll be done by the weekend. But anyway, the main thing Tim got me from New York Comic Con – which took place a couple of weeks back in (and the clue's in the title here) New York – was a copy of the limited edition of Darwyn Cooke's adaptation of Parker: The Outfit, featuring a signed tipped-in drawing: 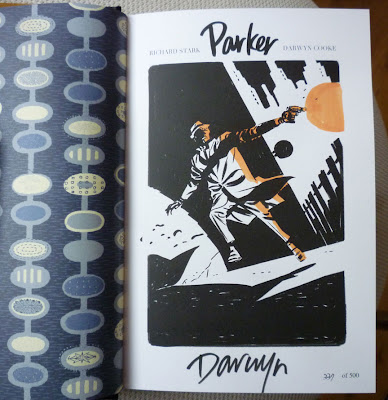 Tim offered to swap this copy of The Outfit, which he got from Mr. Cooke himself, for the regular copy I'd already bought (and reviewed). Which is a thoroughly lovely thing for him to do, and for which I'm incredibly grateful. So now I have a signed limited edition of Parker: The Outfit from NYCC to go along with the signed limited edition of Parker: The Hunter I got from the ace London comic shop Gosh: 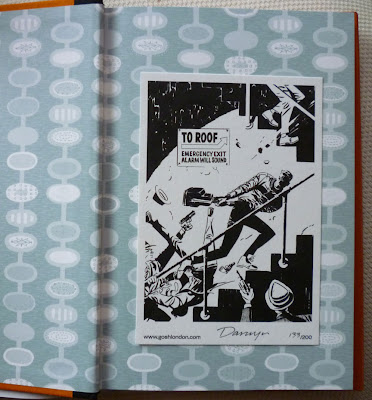