Further to this post on the graphic novel partwork I'm editing, the DC Heroes & Villains Collection: I've noticed in the Facebook member's group (there's also a public Facebook page) that some subscribers are receiving the sixth volume now, The Flash: Rebirth, which means we're reaching the end of the 'test' volumes. What the dickens are the test volumes, I hear you cry? Allow me to elucidate – and to offer a preview of upcoming volumes into the bargain. 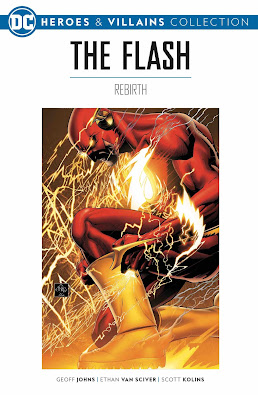 Partworks go through a pretty long process before they go on sale. In the case of the DC Heroes & Villains Collection, I started putting ideas together for it – possible approaches and potential contents – at the tail end of 2019, followed by some firmer ideas for direction and an initial list of titles (which, looking back now, I realise wasn't a million miles from the final list) at the start of 2020. After some back and forth between myself, Hachette and DC and some further refining of the list and contents, we moved on to the test stage.

This is the stage of a partwork's development where the initial instalments of the proposed collection are released in a particular part of the country to see what the response is. In our case, this entailed myself and the collection's ace designers, Amazing15, putting together the first four volumes, and then Hachette publishing those volumes... somewhere; don't ask me where because I still don't know (and even if I did I wouldn't be able to tell you; the world of partworks is shrouded in mystery and subterfuge). Complicating this – well, besides the pandemic, that is, which has introduced an extra element of complexity throughout – was the fact that alongside the UK test there was a Spanish test, which comprised some different volumes to the UK one. 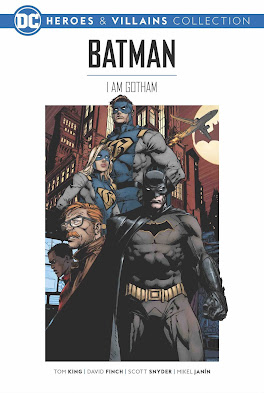 I don't think I'm revealing anything terribly sensitive here by saying that the tests went well: the evidence for that is that the collection proper has now launched. But with The Flash: Rebirth arriving in some folks' hands, we've essentially reached the end of the volumes we assembled for either the UK or Spanish tests. From this point on, nobody (other than myself, Amazing15, Hachette and DC, obviously) will know for sure what lies ahead. So let me give you a flavour of what's coming up in the next few volumes: 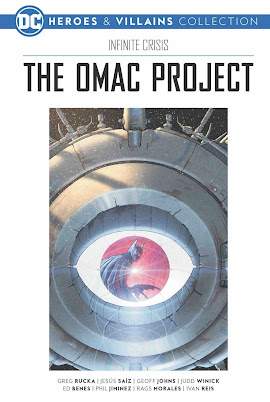 Infinite Crisis: The OMAC Project: As part of the DC Heroes & Villains Collection we'll be collecting the entire 2005–2006 Infinite Crisis saga, including miniseries, specials and key tie-in issues – some of which have never been included in previous collected editions – with commentary and behind-the-scenes insights setting it all in context. This is the start of that. 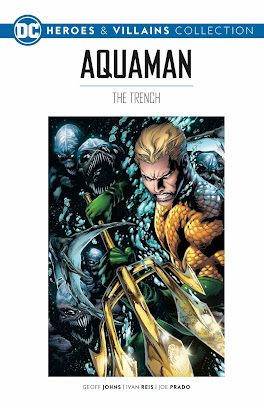 Aquaman: The Trench: A story that was a big inspiration for the 2018 Aquaman movie, and one of the big successes of the 2011 New 52 relaunch – not to mention a taster for what was to come in the 2016 Rebirth initiative... 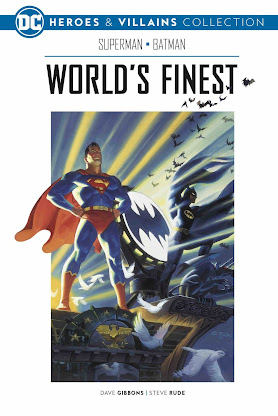 World's Finest: Dave Gibbons and Steve Rude's splendid 1990 Superman/Batman team-up tale, which comes accompanied by an exclusive new interview with Mr Gibbons, plus his original outline, and lots of sketches and designs by Mr Rude. 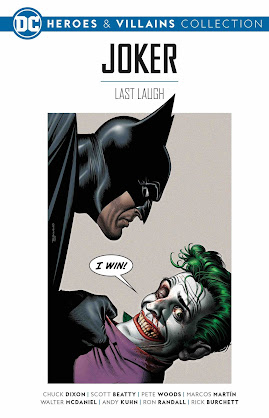 Joker: Last Laugh: Out of print for over a decade, this 2001 miniseries event is finally reissued as part of the DC Heroes & Villains Collection, complete with its essential first chapter, which has never been reprinted since originally appearing in the 2001 Joker: Last Laugh Secret Files and Origins one-shot. In addition, there's a bonus feature exploring Brian Bolland's iconic Joker covers.
Beyond those, you can expect more Rebirth volumes (following on from our fifth release, Batman: I Am Gotham), more brand new creator interviews... and a story which has never before been collected in graphic novel form.
Posted by Nick Jones (Louis XIV, the Sun King) at 12:00