NB: This post also appears at The Violent World of Parker. Linked in this week's Friday's Forgotten Books. 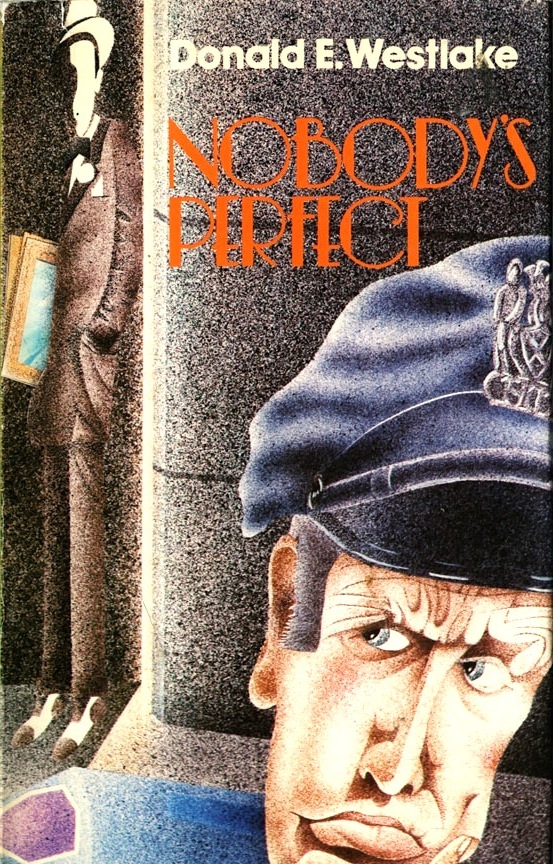 Published by Hodder in 1978 – the year after the Evans first edition, which I blogged about briefly in 2010 – Nobody's Perfect is the fourth novel in Westlake's comedic crime series starring hard luck heister John Dortmunder and his inept crew, and, to my mind, thus far the least successful. In his two-part essay on thrillers the academic and critic John Fraser labels Westlake's capers "terminally unfunny" (Fraser has a lot more time for Westlake's pseudonymous Parker novels), and I must admit four books into the Dortmunder series I'm beginning to have some sympathy for his position. (Mind you, Fraser also called W. Somerset Maugham's sublime Ashenden, or, The British Agent "dreary", so his word certainly shouldn't be taken as gospel.) The only Dortmunder I've found really amusing so far is the second one, Bank Shot; the other three have barely raised a smile. 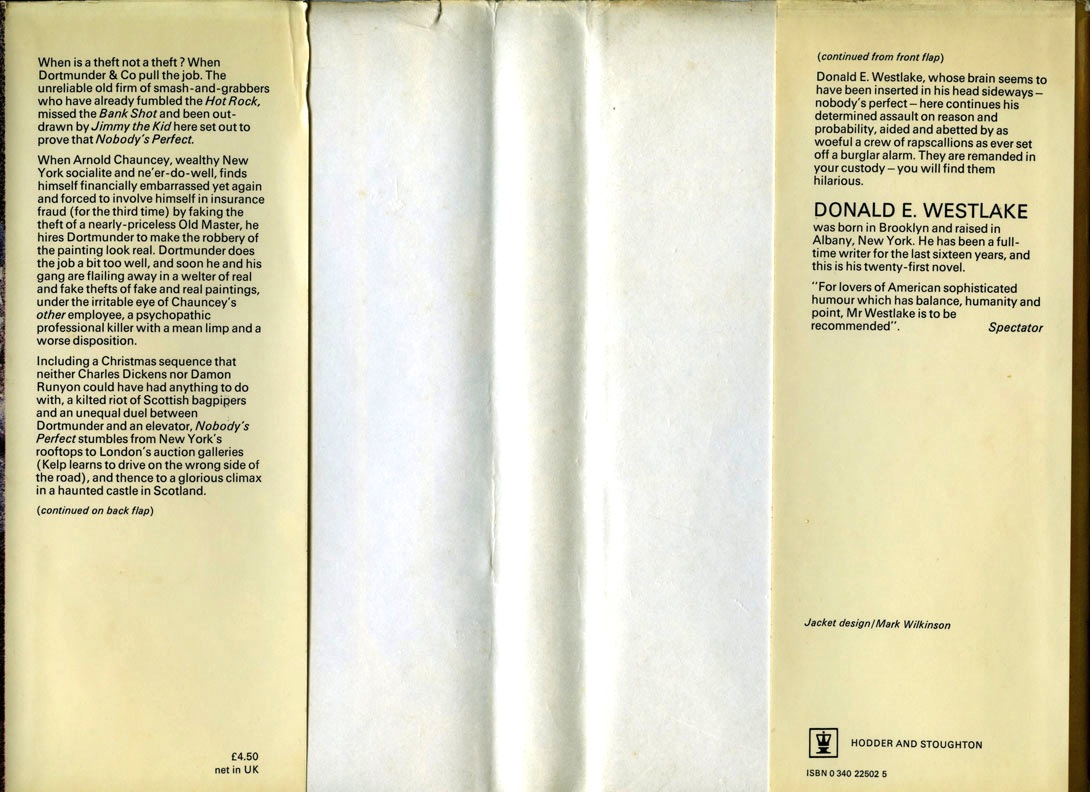 But while the debut Dortmunder, The Hot Rock, had novelty going for it (it is, after all, the first book in the series) and the third outing, Jimmy the Kid, was divertingly meta (especially for Parker fans – it features a Parker novel-within-the-novel, Child Heist), Nobody's Perfect suffers from over-familiarity. Going in there's the expectation that Dortmunder and co.'s theft of a painting (to aid the owner's insurance scam) will somehow go wrong, and sure enough it does. Which would be fine if the laughs were forthcoming... only they're not, no matter how many comedy Scotsmen Westlake throws at the thing. 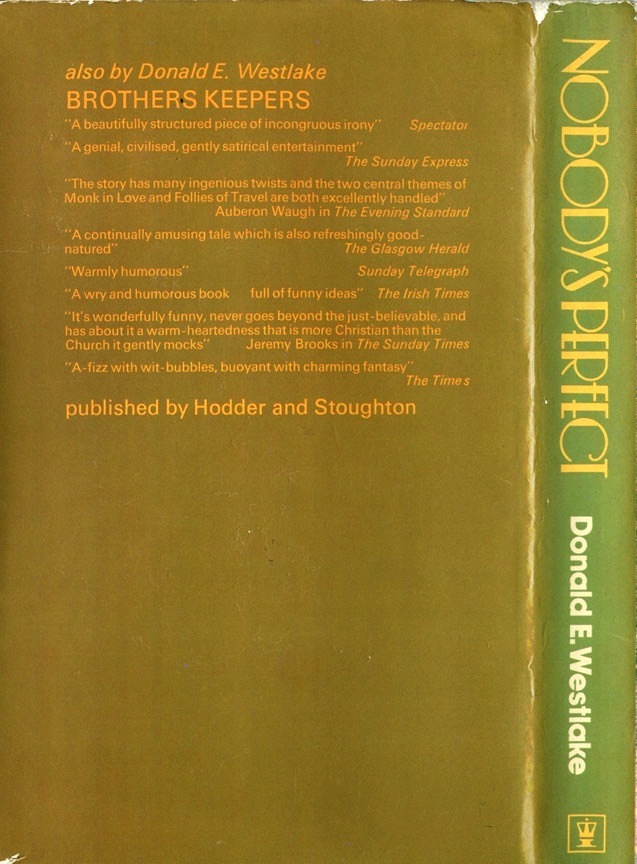 Ethan Iverson, in his peerless, indispensable overview of Westlake's oeuvre, "A Storyteller That Got the Details Right", reckons that as of the next book, Why Me?, "the franchise really starts to settle down", and "the team consistently act like experienced pros". I hope Ethan's right, because in the absence of any giggles, for me the Dortmunder books are going to have to stand or fall on those old stalwarts, character and story. And on the evidence of Nobody's Perfect, there's plenty of room for improvement on both counts. 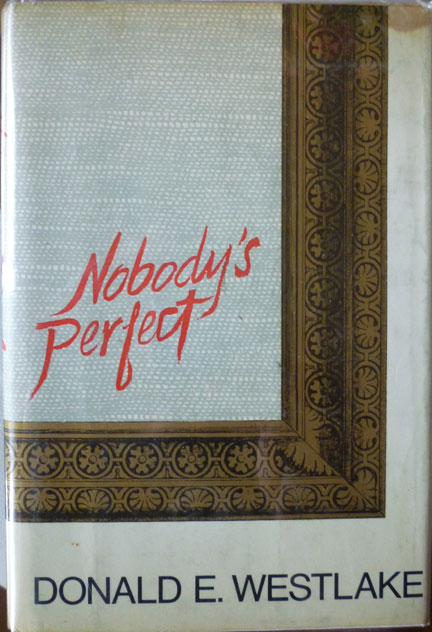 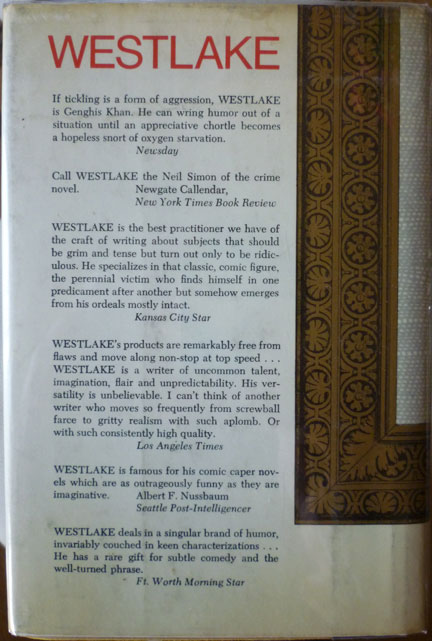