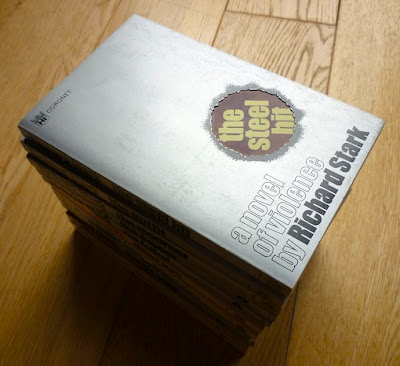 So, over the next however-many weeks, I'll be taking a look at some of them – ruminating on what they are, what they represent, their place in the wider Parker publishing scheme of things, their collectability, and maybe even reflecting on the novels themselves. Beginning with the book on the top of that pile: The Steel Hit, alias Parker #2, The Man with the Getaway Face...
Posted by Nick Jones (Louis XIV, the Sun King) at 07:00