If there's been a fin-de-siecle feel to my posting of late – tying up long-running series, completing a particular book collection, drawing a (pencil) line under Beautiful British Book Jacket Design of the 1950s and 1960s – there's a very definite reason for that, to do with this book: 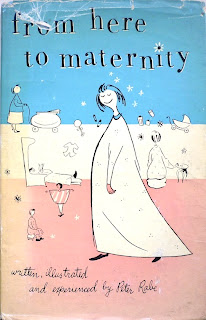 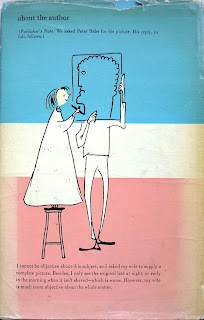 From Here to Maternity, by Peter Rabe, published in hardback by Frederick Muller in 1955. Rabe is an author I've written about repeatedly, most recently in this series of posts on what Donald E. Westlake reckoned to Rabe's remarkable cult crime fiction. But before Rabe started penning crime thriller originals for (chiefly) Gold Medal, he wrote – and drew, a skill he reportedly picked up working in advertising – From Here to Maternity, a cute if occasionally opaque (in that curious Rabe manner) account of his first wife's pregnancy which began life as an article in McCall's Magazine (the book, not the pregnancy... although I guess the two may well have gone hand in hand). 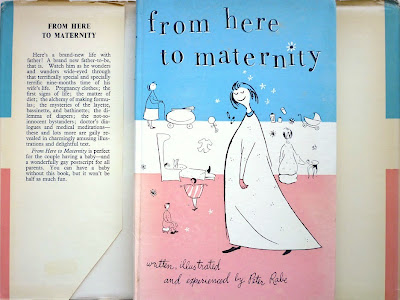 As the brighter sparks among you will have guessed, the reason the book is pertinent both to me and to Existential Ennui is that my long-suffering girlfriend, Rachel, is currently very heavily pregnant with our first child – so heavily pregnant, in fact, that the due date is tomorrow. Which, if the kid's anything like me – and it is to be fervently hoped (or possibly feared) that that should be the case, else I'll be having words with the milkman (and we don't even have a milkman) – means that she – for she is a she (we think) – will probably turn up in a fortnight's time. But that's immaterial. In practical terms, it's unlikely – although not completely out of the question – that I'll be able to devote any time to blogging even if Baby Louis(e) XIV, "The Sun Princess" elects to spend another few weeks in her mother's womb. 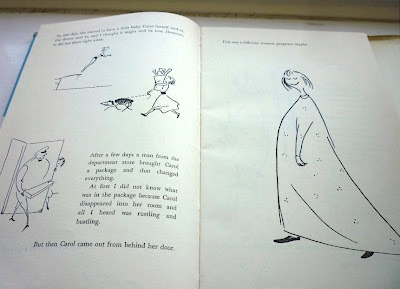 And even if I do manage to squeeze in a post before her royal arrival, looking further ahead, what all this will mean for Existential Ennui post-birth is anyone's guess. Certainly there'll be a hiatus, of an indeterminate length; probably there'll be a gushing missive comprising photos of Firstborn suitably arranged in some kind of ridiculous books-related fashion; hopefully, at some point, there'll be a resumption of books blogging proper, albeit no doubt necessarily scaled back. Who the hell knows though. It's an unpredictable business, this having kids thing. So wish me luck, chums. I shall, I trust, return. 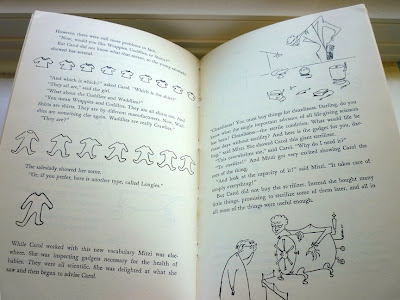