From a signed political memoir sent to me as a gift by my friend and fellow blogger Book Glutton, next in this series of posts on signed editions, a book which may well be of interest to Book Glutton, by an author who's currently writing a Bond novel... 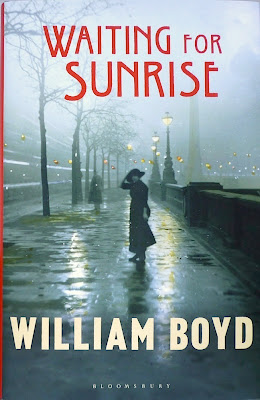 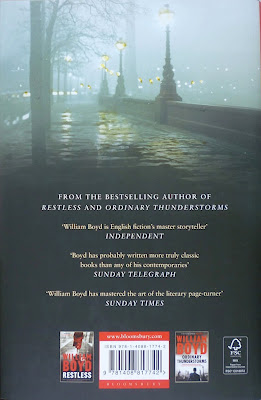 This is the British first edition/first impression of William Boyd's Waiting for Sunrise, published by Bloomsbury earlier this year. Boyd's eleventh novel, the reason this particular copy might be of interest to Book Glutton is because BG is a big fan of Boyd's work, and so he'll hopefully appreciate this: 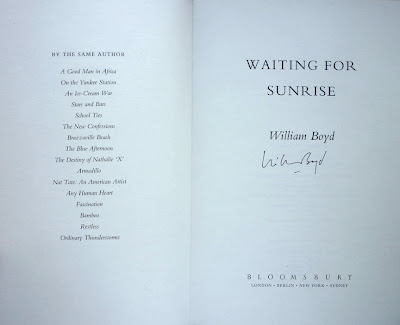 The author's signature on the title page. I bought this copy on publication from Firsts in Print, but I must admit I haven't yet read it – in fact I've still only read one William Boyd novel: his 2009 thriller Ordinary Thunderstorms, which I liked a lot. I did, however, find a cheap first of his 2006 spy novel Restless in Bookworms in Shoreham the other week, so I'm more likely to try that ahead of Waiting for Sunrise, even though the latter does apparently feature elements of espionage. (Book Glutton, if you're reading this, and if you've read Waiting for Sunrise, do please share your thoughts on it in the comments.) 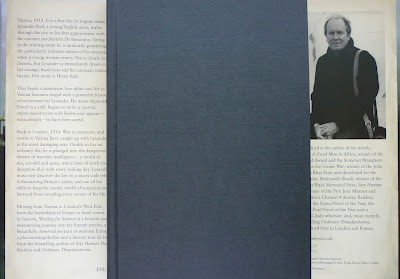 Speaking of espionage, in April of this year William Boyd was announced as the writer of the next official James Bond novel, following in the footsteps of Sebastian Faulks and Jeffery Deaver. Book Glutton expressed his disappointment at the news in this post, reasoning that Boyd writing a new Bond novel meant that he wouldn't be writing a new Boyd novel, but I'm actually cautiously optimistic, as Boyd's Bond book, unlike Deaver's (Carte Blanche, 2011, which I didn't get on with at all), will be period, i.e. set in 1969, which would place it just post-Colonel Sun, Kingsley Amis's rather good 1968 pseudonymous contribution to the Bond literary canon. Even more promisingly, Boyd cites perhaps the best of Ian Fleming's original novels, From Russia, with Love, as his favourite Bond novel. Given that Ian Fleming Publications seem intent on adding to the literary Bond's adventures, Boyd strikes me as an interesting choice to pen a Bond novel, particularly one that's set to be published in 2013, the sixtieth anniversary of Bond's debut in Casino Royale.

And of course before that, there's this:


Anyway, enough of all this Bonding. There'll be more signed editions soon, many of them by authors who are firm favourites here on Existential Ennui. Ahead of those, though: a Westlake Score-and-review...
Posted by Nick Jones (Louis XIV, the Sun King) at 04:29