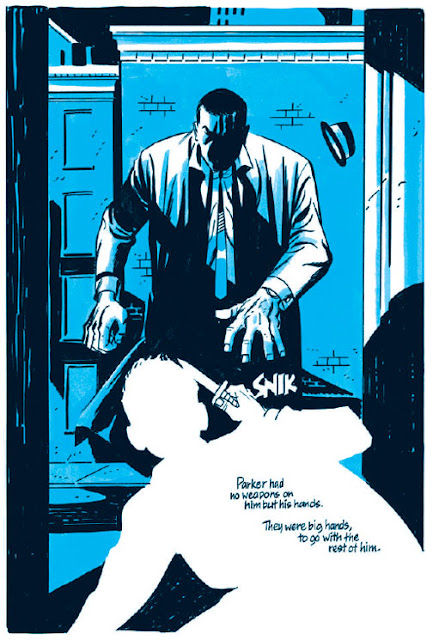 Interrupting my ongoing series of posts on books which begat perhaps more famous films momentarily – the next instalment of which will be up shortly – an announcement: if you head over to The Violent World of Parker blog – where, lest we forget, I'm co-blogger – you'll find a massive, exclusive interview with comics creator Darwyn Cooke on his latest graphic novel adaptation of a Donald E. "Richard Stark" Westlake novel, this time the fifth Parker outing, The Score, which is published today by IDW. 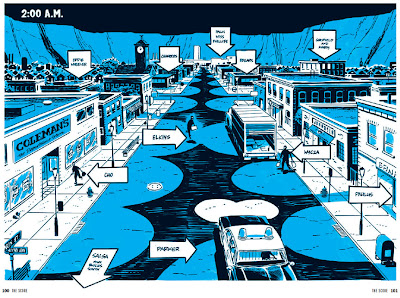 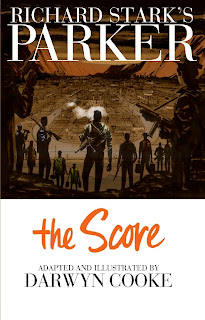 The interview was conducted by Violent World of Parker proprietor Trent and myself, and covers all manner of topics, from the particular challenges adapting The Score presented, to Darwyn's history with Westlake and Parker, to which Parker novel he'll be tackling next; there's even a heretofore little-known piece of info concerning how Westlake came close to writing Batman comics. Darwyn only does one big interview each time he publishes a Parker graphic novel – previously he spoke to Tom Spurgeon at The Comics Reporter for The Hunter (Parker #1) and Tucker Stone at Comics Alliance for The Outfit (Parker #3) – so it's a huge honour that Darwyn chose The Violent World of Parker to be his platform this time out, and, on a personal level, for me to have had some small involvement (witness this post and this post for a taste of my boundless enthusiasm for Darwyn's endeavours on the Parker books). Darwyn told us he's a lurker on both TVWoP and Existential Ennui, and while I'm sure the former is true, even if he was just being kind on the latter, it was still nice to hear.

and I'll be back in a bit with the next book which begat a perhaps more famous film...
Posted by Nick Jones (Louis XIV, the Sun King) at 07:08