Back to the signed editions we go (after a Westlake Score), and following in the footsteps of Antony Johnston and Sam Hart's The Coldest City, here's another signed graphic novel, again by a British comics creator, again published this year, and also boasting a little something in addition to a signature... 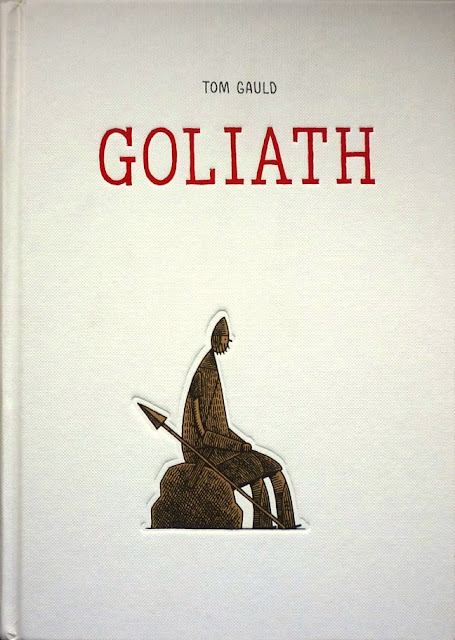 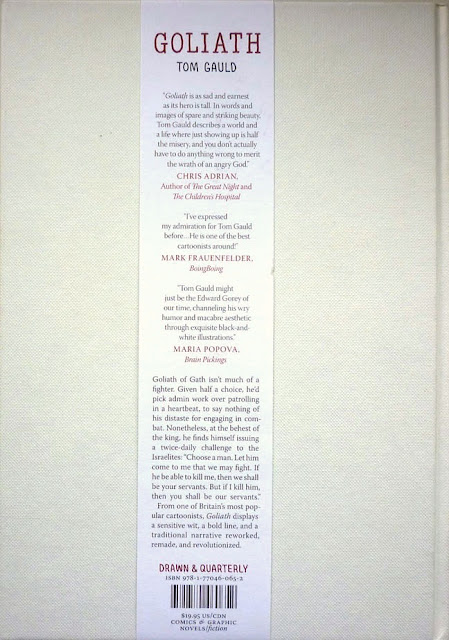 Tom Gauld's Goliath was published by Drawn & Quarterly back in February, and unless I'm very much mistaken, at around 90 pages it represents the longest narrative Gauld has yet attempted. It's a reworking of the Biblical story of David and Goliath, which is one of those Bible stories that made an indelible impression on me as a kid, chiefly because of the indelible impression David's sling-hurled stone made in Goliath's forehead. Gauld tells the tale from the perspective of Goliath, who, in Gauld's version, is instructed by his Philistine commanders to read out a script to the Israelites facing the Philistines on the battlefield, challenging the Israelites to send out a champion to fight Goliath. Which is what, after fainting in shock (Gauld portrays Goliath as a gentle, usually desk-bound sort), Goliath does, attended by his young shield-bearer – and then waits. And waits. And waits...

That's pretty much it, but the beauty of Goliath – the beauty of Gauld's work in general – comes not in the plotting, but in the way Gauld depicts the downtime of life, the everyday ennui of existence, those in-between periods that, in truth, far outweigh the more memorable moments. Goliath and his shield-bearer while away the time waiting for a response from the Israelites discussing the size of Goliath's "you-know-what", or the state of disrepair of Goliath's armour, or the king's impending birthday. Furthermore, far from being raring to ruck, Goliath seriously considers running away. 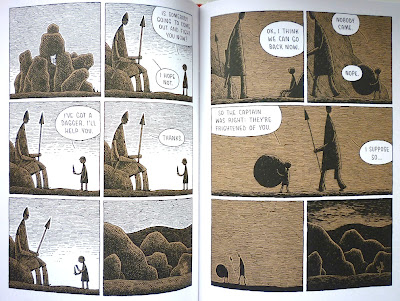 It's all quietly beguiling and charming in that typically Gauldian deadpan sort of way (see also the work of Norwegian cartoonist Jason), but there's something else going on here, too – a gradually increasing sense of dread – because we know, as Gauld knows we must, that his gentle giant's days are numbered. And when he eventually meets his fate, it's all the more shocking for what's come before, emphasized by a visual reference to a contemplative early scene at the water's edge near the Philistine encampment. 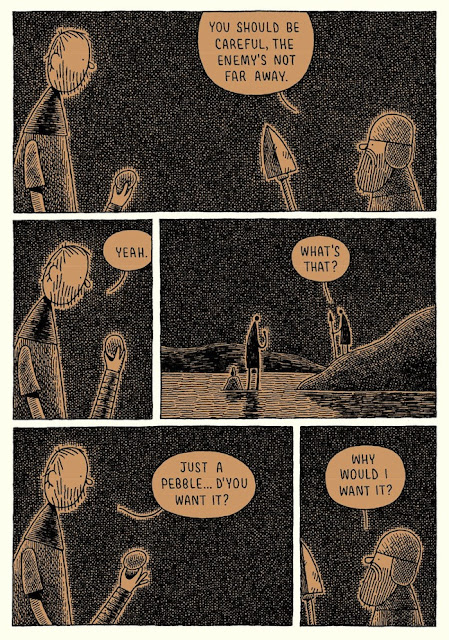 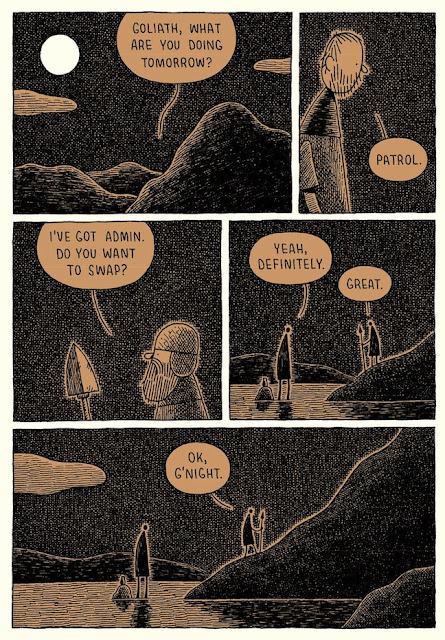 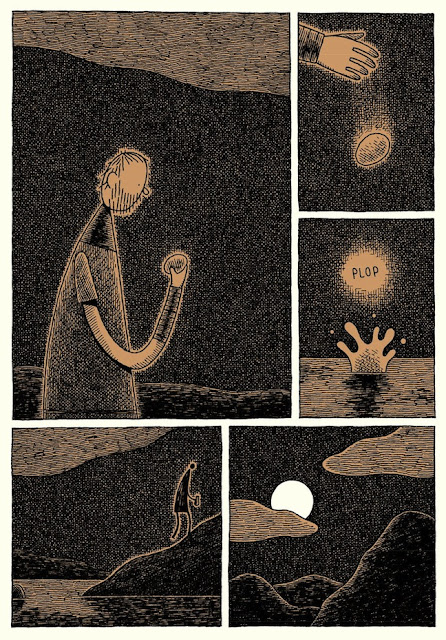 I picked up this copy of Goliath in Forbidden Planet in London, spending some time going through the stock of the graphic novel on their shelves to find just the right one. Because at bottom left of the half-title page, each book had been signed and individually and uniquely illustrated – and this is the one I went for: 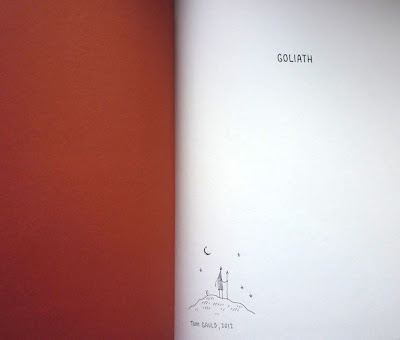 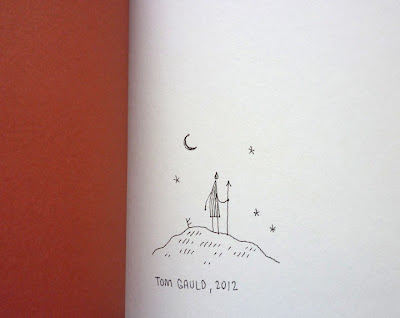 Goliath, standing on a hillock under a starry sky, holding his spear.

I've been following Tom Gauld's work for over a decade now, ever since his first self-published comic, produced in conjunction with his friend from art college and fellow cartoonist, Simone Lia, and titled, appropriately enough, First. So, in a Notes from the Small Press break from the signed editions, I thought we could take a look at that comic in the next post...
Posted by Nick Jones (Louis XIV, the Sun King) at 03:36