After yesterday's Westlake Score – also available on The Violent World of Parker, of course – it's back to the signed first editions again. And I've got a clutch of Rankins and a Wambaugh for this latest post, all of which I picked up dead cheap in charity shops in Lewes, the picturesque East Sussex town in which I live and work. Let's deal with the Rankins first: 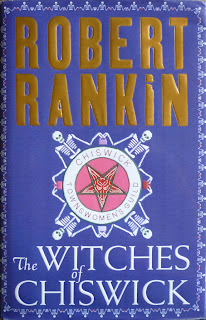 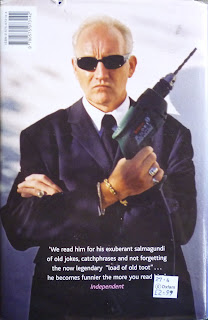 Robert Rankin's The Witches of Chiswick was published in the UK in hardback by Gollancz in 2003, with a front cover designed by Rankin himself and produced by Sally Hurst. I believe – and I could be wrong; I've not read the book yet, so I'm only going by what I've found online – that having ranged over science fiction, fantasy and the occult in his career, The Witches of Chiswick marked Rankin's first foray into steampunk (a genre I've touched upon briefly before in this post on The Difference Engine). Rankin lives down the road from me, in Brighton, where steampunk has gripped certain sections of the populace for a while now – club nights, readings and what have you; he was made the first Fellow of the Victorian Steampunk Society in 2009.

He also has a suitably elaborate John Hancock: 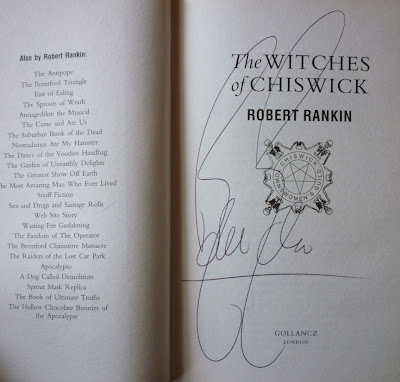 Next, another Rankin – or rather, two Rankins: 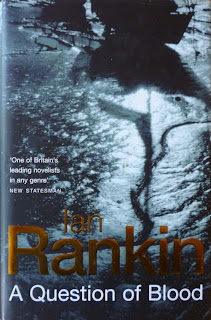 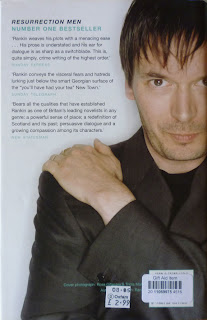 Ian Rankin's A Question of Blood was also first published in hardback in 2003, this time by Orion. The photo on the front of the dustjacket is by Ross Gillespie and Tricia Malley, but the author pic on the back is by Rankin – as in, the photographer Rankin, not Ian himself. Although I suppose he could've been holding a remote shutter trigger in his other hand. Anyway, as with Robert Rankin, I've never read any of Ian Rankin's Rebus novels – of which A Question of Blood is the fourteenth... but my mum has, and she loves 'em. (She's also met Mr. Rankin, I believe, when she attended a signing.) And what with my interest in crime fiction, it's about time I gave one of them a go. 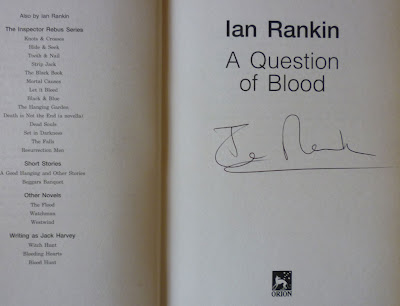 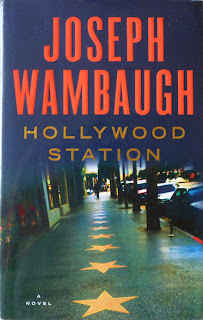 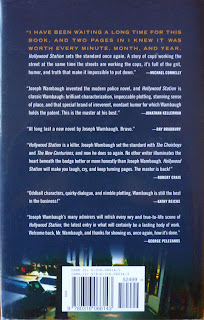 This one's a little different: it's the American hardback first edition/first printing of Joseph Wambaugh's Hollywood Station, published by Little, Brown in 2006. Now, attentive readers of Existential Ennui might at this point hear distant bells ringing in their heads. That's because I blogged about this very book at the end of last year, in a UK first edition which I also picked up in a Lewes charity shop. Needless to say, that edition has now returned to the charity shop from whence it came, and this edition has taken its place on my increasingly crowded shelves.

The signature on the title page also includes a dedication: 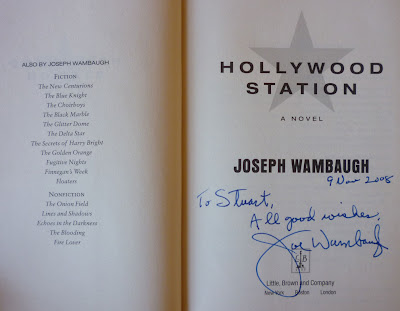 Who Stuart is/was and how this US first ended up in Lewes will probably remain a mystery, but there was also a little piece of paraphernalia inside the book: 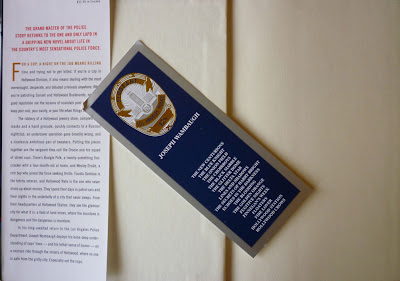 An official Joseph Wambaugh bookmark. Quite a nice additional extra there. The jacket on this American edition was designed by Mario J. Pulice, who is creative director at Little, Brown... and who also harbours (hey!) an unusual passion for a particular 1930s ship. According to this 2010 New York Times piece, Mr. Pulice turned his NY apartment into a shrine to the Art Deco luxury ocean liner the Normandie. So accurate was the recreation – featuring original fixtures and fittings from the ship – that the South Street Seaport Museum borrowed a good chunk of it for a 2010 exhibition, DecoDence. Well I never. The things people do to their flats, eh?

Next up, another signed edition, this time from John Banville (although it might not actually be his signature...), along with a bit of Richard Stark/Parker business. And thereafter we'll be getting into the really good signed books...
Posted by Nick Jones (Louis XIV, the Sun King) at 07:42