Lewes and Brighton Book Bargains: The Night Manager and The Constant Gardener by John le Carre, plus Le Carre on James Bond 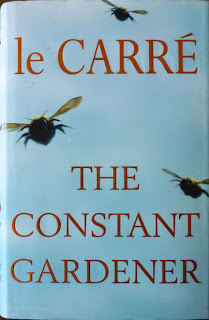 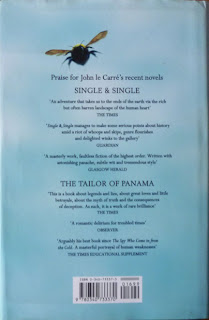 It's the UK hardback first edition/first printing of John le Carre's The Constant Gardener, published by Hodder & Stoughton in 2001. It's the story of a British diplomat in Nairobi whose wife is killed and who subsequently discovers her death may be linked to pharamaceutical big business. Starring, as it does, a "socially awkward comedy Englishman", it falls firmly within the bracket of my friend Roly's eight point assessment of later Le Carre, but it did beget a rather good 2005 movie adaptation, one of the best to spring from a Le Carre novel. And perhaps more importantly from my perspective, it did only cost two pounds from the Brighton branch of Oxfam Books. Wahey.

But that's not all from Le Carre. Oh no. There's this too: 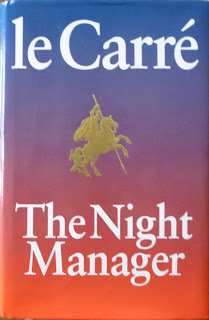 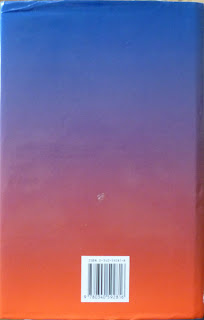 A UK hardback first edition of The Night Manager, also published by Hodder & Stoughton, this time in 1993, and with a truly horrible nineties dustjacket designed by someone who was wise enough to keep their credit off the thing. I bought this in the funny new charity shop across the way from the Lewes branch of Waitrose, the name of which I can't recall but which looks remarkably like a furniture outlet that used to squat on Penge High Street circa 1978. But they do also have books on sale there too (well, obviously, otherwise how would I have bought this one in there?), at the most knock-down prices in all of Lewes: this copy of The Night Manager cost me a quid. As for the story, it seems to be about weapons dealing and stars another socially awkward comedy Englishman. Hey, you want an informative and helpful precis, go to another website. We're all about the veneer round here.

Aha, but hold your horses: I've overlooked something. I forgot that I can, of course, refer to my recently acquired copy of Donald McCormick's Who's Who in Spy Fiction, which might be able to shed further light on both these Le Carre novels... if it hadn't been published in 1977, sixteen years before The Night Manager and twenty-four years before The Constant Gardener. Hurm. Fat lot of good that turned out to be, then. Although I have just spotted a catty quote from Le Carre in it, on the antithesis of Le Carre's realpolitik spies, James Bond, so let's have that instead:

"The really interesting thing about Bond is that he would be what I call the ideal defector. Because if the money was better, the booze freer and women easier over there in Moscow, he'd be off like a shot. Bond, you see, is the ultimate prostitute."

Mee-ow! And also: bollocks. The James Bond I'm most familiar with – i.e. the one from Ian Fleming's novels – would do no such thing. As anyone who's actually read any of the Bond books would know, 007 is motivated by duty; the rest – the (not as numerous as you'd think) women, the fine living – is merely window dressing. If we were to be generous to Le Carre, it could be that he's conflating the movie Bond with the literary Bond, which is something I've blogged about before. But if we were to be less generous, one could accuse him of simply not having read the novels, or perhaps not having read them in a while. I'll be returning to this in a post about that stalwart defender of Fleming, Kingsley Amis, over the weekend, but for now, I'll leave you with a typically elegant and barbed sentence from Amis from a 1968 essay about Bond which could easily apply here:

"The curious momentary suspicion one feels from time to time, that the critics have somehow got hold of a completely different version of the work one has been reading, has never invaded my mind more powerfully than in the case of Ian Fleming and his critics."
Posted by Nick Jones (Louis XIV, the Sun King) at 04:41