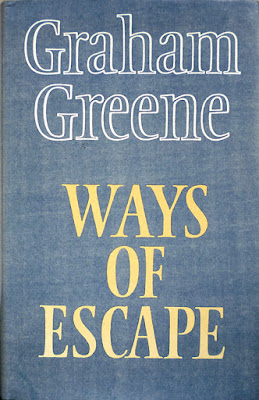 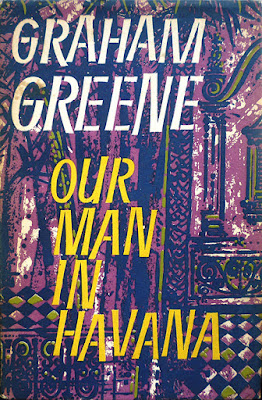 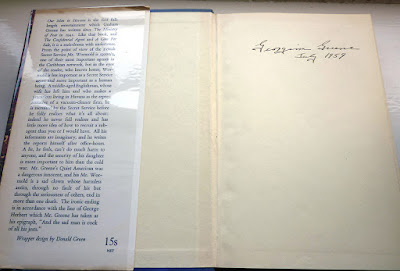 Incidentally, the chapter on Our Man in Havana in Ways of Escape is revealing in ways entirely unrelated to espionage as well, not least when Greene recounts the episode in Cuba when he tried to score some cocaine. And equally incidentally, the copy of Our Man in Havana pictured in this post is a first edition (and first impression) I bought on eBay last year, partly because I wanted to read the book, partly because I love Donald Green's wrapper, but also because this particular copy bears the ownership signature of a Georgina Greene on the front free endpaper. I haven't been able to establish any kind of familial connection with Graham Greene, but Greene did have quite an extended family – he had five brothers and sisters – so you never know. In any case, as a collector of books himself, in particular signed editions, Graham Greene would surely have approved of the purchase.
Posted by Nick Jones (Louis XIV, the Sun King) at 15:31