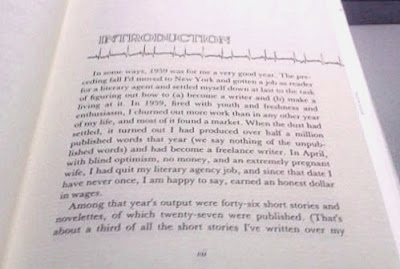 Here's something rather exciting for those of us unhealthily obsessed with the work of Donald E. Westlake: Levi Stahl of University of Chicago Press (publishers, as if you didn't know, of Westlake's written-as-Richard Stark Parker novels) has announced on his blog that he's got the go-ahead to put together an anthology of Westlake non-fiction. This is a project that I and one or two others have known about for a little while: Levi initially cavassed myself, Trent (from The Violent World of Parker, where I'm co-blogger) and Ethan Iverson (of The Bad Plus fame, and a noted Westlake aficionado) for our opinions on what we thought should appear in the collection last year. I'm not sure how much help I was, but Trent and Ethan both had excellent suggestions, so it should prove a fascinating volume. 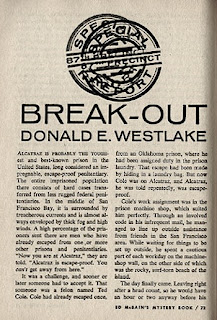 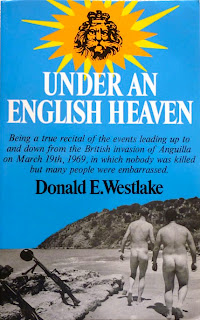 Levi hasn't yet revealed which pieces will end up in the collection, other than that it will comprise "reviews, essays on favorite writers, magazine pieces, occasional writings... likely... a couple of the most interesting interviews he sat for over the years; a piece or two by prominent fans, friends, and critics about Westlake and his work; and possibly even letters and e-mails". I've blogged about a number of Westlake's non-fiction pieces over the years – his enlightening introduction to Levine; his book on the British invasion of a Caribbean island; his piece on prison breaks; his farewell to science fiction; his essay on Peter Rabe – and I'm hopeful at least some of those articles (as in, Westlake's articles, not my rubbish posts) will make it in. But Levi is keen to cast his net as wide as possible, and so has asked for further suggestions; anyone who has any can contact him via his blog, or maybe drop him a line on Twitter.

I'll endeavour to post updates on the project as and when... and I'll also, hopefully, have some more Westlake/University of Chicago Press news before too long...
Posted by Nick Jones (Louis XIV, the Sun King) at 06:30