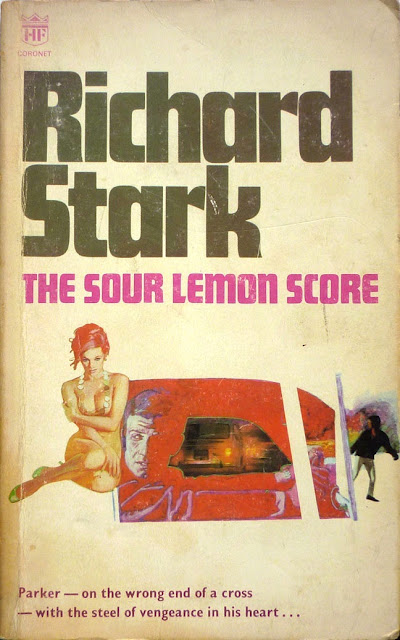 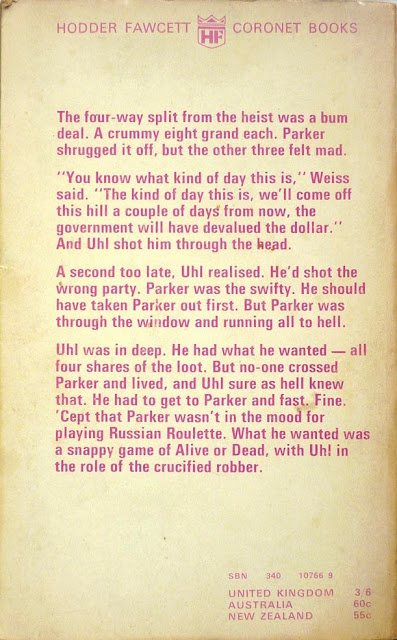 And its acquisition means that I do now, I believe, own all of the paperbacks of the Parker novels Coronet issued in the UK before they switched to that aforementioned "bullet hole" design in the 1970s. So how about, for the next Violent World of Parker/Existential Ennui cross-post, a gallery of all of the Coronet Parkers from 1967 (when Point Blank debuted in the UK) to 1970 – including some little-seen reprints...? Ahead of that though, next on Existential Ennui it's time for another signed edition... which is also a Lewes Book Bargain... and boasts a Beautiful British Book Jacket to boot...
Posted by Nick Jones (Louis XIV, the Sun King) at 05:22