Continuing this week's worth of posts on crime/suspense novelist P. M. Hubbard – during which I've been looking at books from either end of his sixteen-year career – we move on from his final novel, 1979's Kill Claudio, to his first. Now, if you know your Hubbard – and if you read that previous post on Kill Claudio, with its sly pun at the end – you might have been thinking this post would be on 1963's Flush as May, which is widely regarded as the author's debut novel. But Hubbard actually had two novels published that year – and I have reason to believe this might in fact be his true debut: 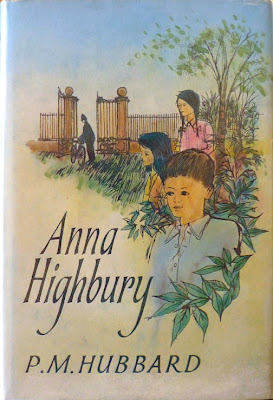 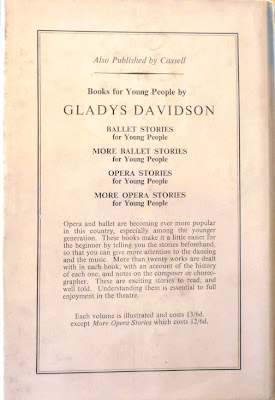 Anna Highbury was published in hardback in the UK in 1963 by Cassell, and it's the first of Hubbard's two novels for younger readers (the second being 1964's Rat Trap Island). It's the story of the eponymous heroine, the oldest of three children, all of whom live with their parents in the small southern English town of Moulton. Anna's father is a local solicitor whose clients include the owner of Spillikins, a deserted old house just outside the village. One day Mr. Highbury's offices are burgled, and papers related to Spillikins are stolen. Soon after, a mysterious visitor from New Zealand arrives, and a tale of missing rubies, believed buried somewhere in the grounds of Spillikins, begins to unfold... 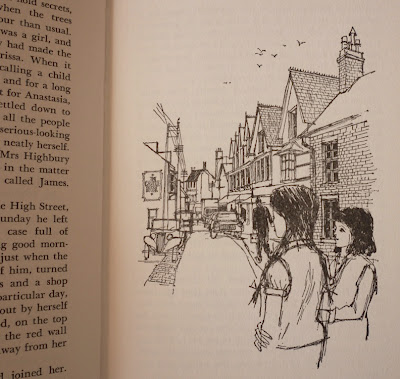 If all of that sounds like your typical period children's story, then that's because, essentially, it is. There's little in the novel along the lines of Hubbard's more unnerving and psychologically tortured suspense works, although in the kids' adventures in and around the overgrown grounds of Spillikins there are hints of the author's abiding concern with environment, and in the search-for-an-elusive-treasure plot there are parallels with others of Hubbard's storylines. But Hubbard displays a sureness of touch with the characters, especially the kids, who come across well as individuals (especially the youngest, James, forever getting distracted by shiny things), and though the tone is light, there are moments of tension, as Anna and Bill Maynard, the owner of Spillikins (and the visiting New Zealander) attempt to get to the bottom of the mystery. 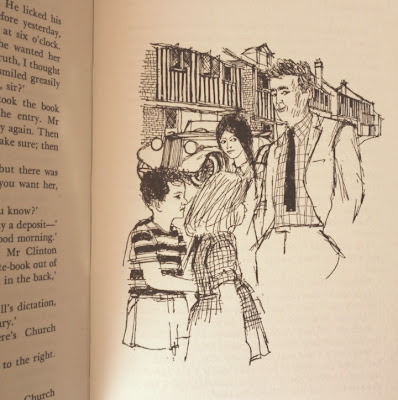 The dustjacket and interior illustrations – some of which you can see throughout this post – are by Graham Byfield, who, like Barbara Lofthouse, the painter responsible for the cover of yesterday's first edition of Kill Claudio, is represented by illustration agency Artist Partners (about whom I've blogged before, in relation to photographer Adrian Flowers in this post on Len Deighton). Byfield is probably best known for his various Sketchbook titles – Oxford Sketchbook, London Sketchbook, etc. – but his distinctive and delightfully scratchy and scruffy illustrations have also appeared on some classic Penguin editions of famous novels, including Graham Greene's Brighton Rock. 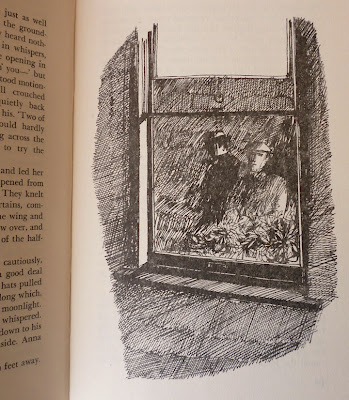 Anna Highbury is a real rarity, quite possibly P. M. Hubbard's scarcest novel – in any edition. At time of writing there are only two copies available on AbeBooks worldwide, and none on Amazon Marketplace UK. (The cheaper of those AbeBooks listings is repeated on Amazon Marketplace US, so for any American readers, if you're quick, you can nab one of the two copies for sale online at a bargain price.) Seemingly – and unlike Hubbard's other kids' title, Rat Trap Island – there was only ever this one Cassell edition. But the question I posed at the start of this post still remains – namely: is Anna Highbury, rather than Flush as May, Hubbard's debut novel?

There's a clue inside the book which suggests it might be. Copyright pages in books – which can usually be found just after the title page – vary from publisher to publisher, but some publishers include codes in their indicia which denote which month a book was published in addition to the more prominent year. Around the time Anna Highbury was published Cassell were apparently one of those publishers, and right at the bottom of the copyright page there's a code: "F.763". That stands for "first published July 1963". I don't have a first edition of Flush as May to check against, but it's reasonable to suppose that Anna Highbury was published, if not before, then at least concurrently with Flush as May – publishers tending to plump for latter-half of the year/autumn release dates (for that all-important sales run-up to Christmas).

My guess is that Anna Highbury sneaked in just ahead of Flush as May, but if anyone reading this happens to own a first edition of the latter, perhaps they can check their copy and see if it has a similar code anywhere in the indicia...

Anyway, on to the final post in this series on P. M. Hubbard (although there will be much more on him down the line, don't you worry). And we're staying in 1963, for a look at another of Hubbard's stories from that year – an unnerving little tale of a boat trip that takes a turn for the horrific...
Posted by Nick Jones (Louis XIV, the Sun King) at 05:46