When Will There Be Good News? (Brighton Book Bargain), Plus a Kate Atkinson First Edition Cover Gallery

So, as I mentioned yesterday, around the same time I won that signed edition of Kate Atkinson's One Good Turn – the second in the novelist's series of four novels featuring Jackson Brodie – on eBay, serendipitously I also came across this in Oxfam Books in Brighton: 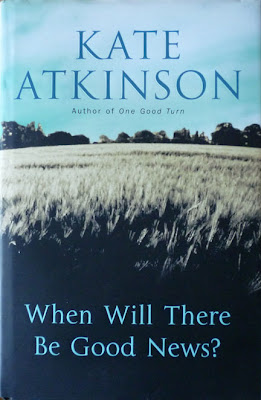 A UK hardback first edition/first printing of the third Jackson Brodie novel (purchased for the princely sum of £1.99), published by Doubleday in 2008. I haven't read this one yet, but it sees the return not only of the dour Mr. Brodie but of policewoman Louise Monroe from One Good Turn as well, now seemingly promoted if the dustjacket blurb is to be believed:

Thirty years later the man convicted of the crime, Andrew Decker, is released from prison.

In Edinburgh, sixteen-year-old Reggie, wise beyond her years, works as a nanny for a GP. But Dr Hunter has gone missing and Reggie seems to be the only person who is worried.

Across town, Detective Chief Inspector Louise Monroe is also looking for a missing person, unaware that hurtling towards her is an old friend – Jackson Brodie – himself on a journey that is about to be fatally interrupted.

In an extraordinary virtuoso display, Kate Atkinson produces one of the most engrossing, brilliantly written and piercingly insightful novels of this or any year. When Will There Be Good News? sheds new light on to the nature of fate, and on to the human condition itself.

Hmm, might be slightly overselling it there, copywriter person. If the previous two Brodie novels are anything to go by, I'm sure it's a fine read, but shedding new light on (er, "to", unnecessarily) the nature of fate and on (er, "to" again, equally unnecessarily) the human condition? Them's mighty big claims, pardner. But hey, maybe the copywriter is correct. I guess I'll find out when I read the book...

I can't tell you who designed the dustjacket on this edition because there's no credit, apart from one for the front cover photo, which is by Tim Kahane/Trigger Image. It's entirely possible Transworld's Claire Ward had a hand in it – she designed the jacket for 2010's fourth Jackson Brodie novel Started Early, Took My Dog – but that's pure conjecture on my part. However, now that I have all four of Atkinson's Brodie books, I reckon it's about time for a UK first edition cover gallery: 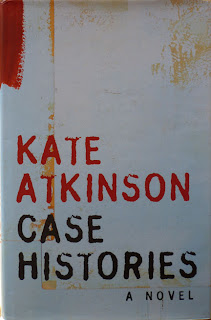 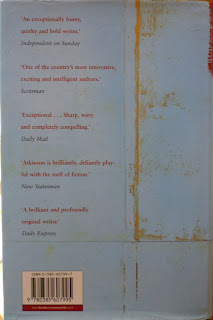 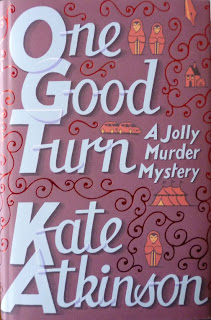 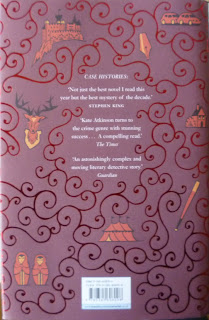 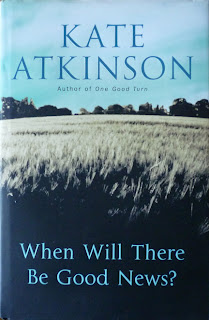 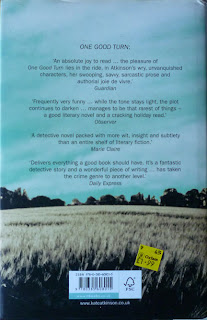 When Will There Be Good News?, Doubleday, 2008; dustjacket photo by Tim Kahane 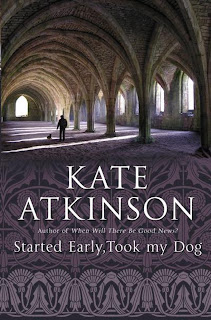 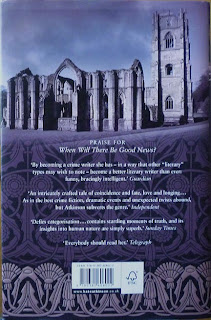 Marvellous. Right then. Next up: a bunch of Lewes Book Bargains, namely some rather spiffing editions of SF author James Blish's Cities in Flight tetralogy...
Posted by Nick Jones (Louis XIV, the Sun King) at 07:09