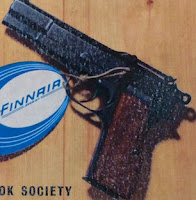 Well, that book I mentioned yesterday still hasn't turned up – if it makes an appearance over the weekend perhaps I'll blog about it then – so instead, I thought I'd post a preview of forthcoming stuff on Existential Ennui, accompanied by a selection of teaser images. Quite how much interest any of this will be to those unfortunate enough to still be following this blog is anyone's guess, but I think I can cautiously state that next week's posts in particular will find favour with at least a couple of regular readers... 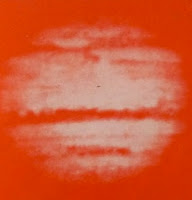 So, coming soon on Existential Ennui, there'll be a handful of posts on crime writer Mark Billingham, featuring a decidedly tardy review of his debut, Sleephead; I'll have reviews and spotlights on the likes of Kate Atkinson, Francis Clifford and Gavin Lyall; there'll be a run of SF- and fantasy-themed posts on James Blish and Michael Moorcock (the Lewes branch of Oxfam came up trumps there); and we'll see the return to Existential Ennui of an author much admired round these parts: political/espionage/thriller writer Ross Thomas, with a number of very scarce UK first editions. 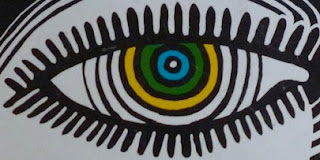 On top of all that, we'll also have another week dedicated to spy fiction, this time featuring a signed edition of an unusual espionage novel; a piece of publishing paraphernalia accompanying another novel; a little-seen book about spy fiction from the 1950s; hopefully a review of a fairly recent (which, on this blog, can mean anything from the last ten years) espionage thriller; and possibly one or two other things too. And names to watch out for in that week include: Alexander Cordell, Jeremy Duns, Mark Gatiss, Graham Greene and Joseph Hone. 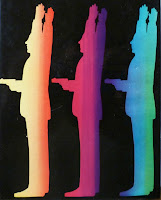 But before all that, next week Existential Ennui will be focusing exclusively on an author who I've already mentioned – except in this instance, the focus will be on his alter ego. Yes, next week is Bleeck Week, with a run of posts on the five Philip St. Ives novels written by Ross Thomas under the pseudonym Oliver Bleeck. I'll have a review of the debut Bleeck, The Brass Go-Between; I'll have some extremely rare UK firsts of the books, including one very surprising edition; and we'll see the return of a cover photographer who continues to confound and intrigue me in equal measures – and who I reckon we've now established had a rather more famous parallel career as a Page Three snapper: Beverley le Barrow.