For this final Geoffrey Household post, here's a book which was published hot on the heels of the Household novel I last blogged about, A Rough Shoot – and even hotter, it would appear, in the States than in the UK, although it's the British first edition I'm showcasing here, for reasons – beyond its relative scarcity (there are currently nine British firsts on AbeBooks to the American first's fifty-plus copies, although many of the US ones are book club editions) – I'll come to shortly: 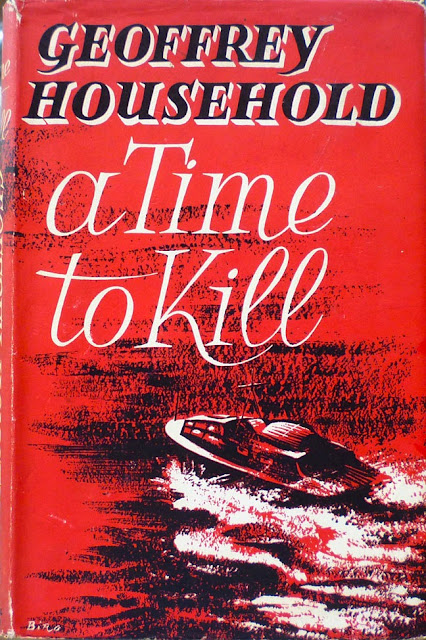 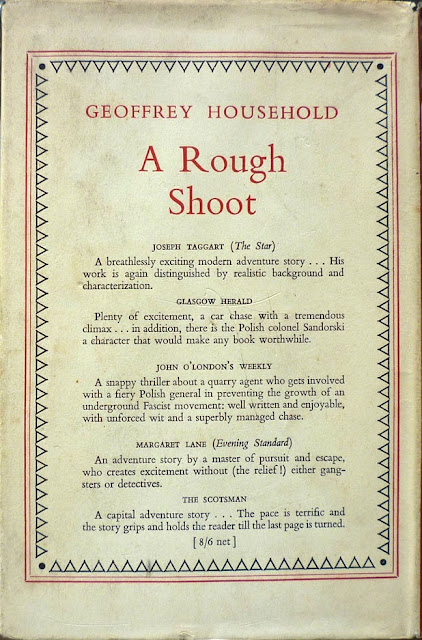 A Time to Kill was first published in hardback in the UK by Michael Joseph in 1952, and that's the edition you can see above. In America, however, the novel actually made its debut in 1951 – published by Little, Brown – the same year as A Rough Shoot, which it is, of course, a direct sequel to (the only other sequel in Household's backlist being Rogue Justice, the 1982 sequel to 1939's Rogue Male). As with its thrilling predecessor, A Time to Kill stars and is narrated by Roger Taine, the Dorset salesman and small game hunter who got mixed up in an international fascist plot in A Rough Shoot and who here finds himself plunged instead into a communist plot involving foot-and-mouth disease (communism and fascism being equally distasteful to Taine, as indeed they were to Household, who often described himself as a "romantic anarchist"). 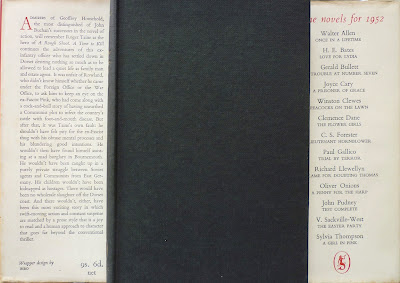 I've yet to read A Time to Kill, but spy novelist and spy fiction aficionado Jeremy Duns has, calling it (on Twitter) "excellent. Brutal in parts. Buchan with guts." Jeremy actually blogged about A Time to Kill (briefly) in this excellent post on Ian Fleming's Casino Royale and its influences, so I'd highly recommend giving that a whirl if you haven't already. 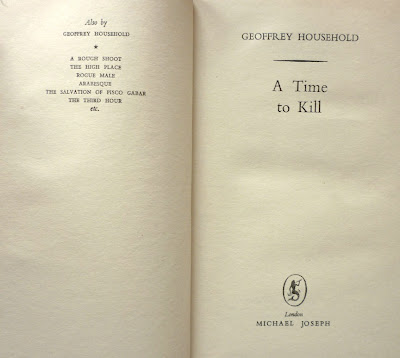 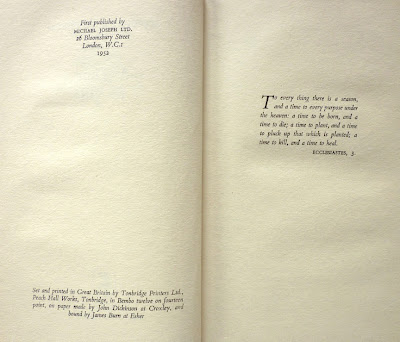 But why am I blogging about A Time to Kill when I haven't read the thing yet? (Not that that's ever stopped me in the past, but still – it's a fair question.) The reason, in this instance, is the splendid dustjacket of the Michael Joseph edition, which was designed by illustrator, artist and children's fiction writer Val Biro. I've mentioned Val in passing a couple of times before – in this post on Desmond Cory's Secret Ministry and this one on Rosalind Wade's Ladders – but I recently had the opportunity to meet Mr. Biro in the flesh, and subsequently acquired something very special from David Schutte, Val's art dealer. So while we may, for the moment, be done with Geoffrey Household, I do have a bonus post on Val Biro lined up next, in which I'll be detailing how and where I got to meet him, and showcasing that very special something... or rather, somethings... 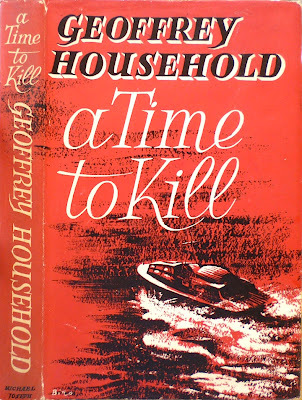