NB: A version of this post also appears at The Violent World of Parker. Featured in this week's Friday's Forgotten Books.

Right then. Let's get stuck into that stack of Peter Rabe crime fiction paperbacks I've been threatening to unpack for a while now, and find out what Donald E. Westlake – upon whom Rabe was a big influence – made of each of them in his critical essay "Peter Rabe" in Murder off the Rack (Scarecrow Press, 1989). Beginning, appropriately enough, with Rabe's first novel: 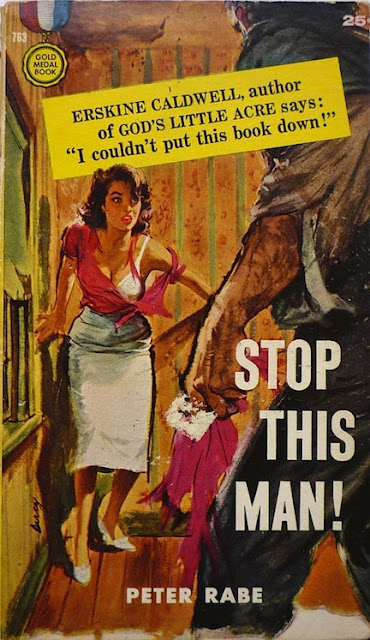 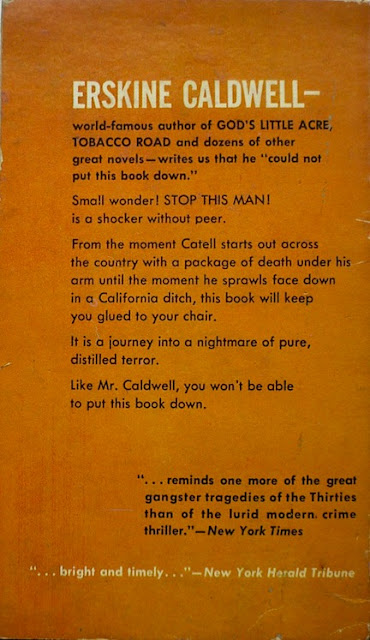 Stop This Man!, originally published by Gold Medal in the States in August of 1955. The copy seen here isn't that printing, however; it's the April 1958 second printing, which I bought for a few quid online, and which sports a different cover to artist Lu Kimmel's 1955 original. And much as I admire Kimmel's art in general, I think I prefer this deftly painted, simultaneously titillating and menacing effort, which is by Ernest Chiriaka, who often used the alias "Darcy" (his signature can be seen bottom left). Evidently Chiriaka was pretty pleased with it too: he used very similar staging for a 1962 Beacon Signal sleaze paperback cover – Cult-Priest's Daughter by John Furlough. 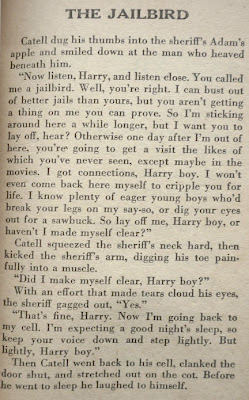 In his essay on Peter Rabe, Westlake reckons that Stop This Man! "showed only glimpses of what Rabe would become", adding: "The elements... just don't mesh. There are odd little scenes of attempted humor that don't really come off and are vaguely reminiscent of Thorne Smith, possibly because one character is called Smith and one Topper. A character called the Turtle does tiresome malapropisms. Very pulp-level violence and sex are stuck onto the story like lumps of clay onto an already finished statue." Although he does offer some praise – calling one character "real and believable" – clearly Westlake expects more of Rabe's writing. 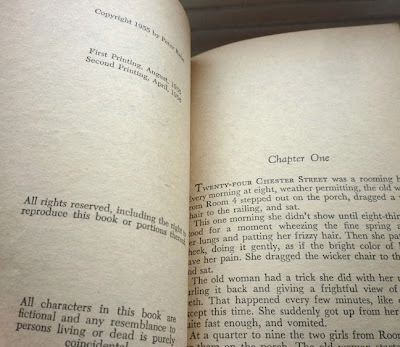 At the close of the passage on Stop This Man! Westlake acknowledges that "An inability to stay with the story he started to tell plagued Rabe from time to time", a criticism he also levels at Rabe's second published novel: 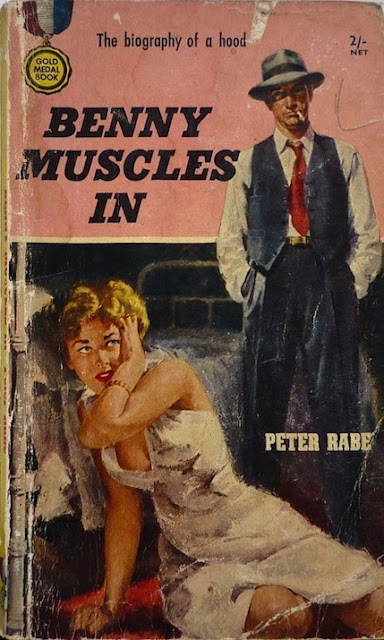 Benny Muscles In, originally published in the same year as Stop This Man! I've blogged about this one before, in a 1973 UK Five Star edition, but the copy seen here is the first British edition, published by Frederick Muller in 1958, but practically identical to the 1955 Gold Medal original, complete with cover by the aforementioned Lu Kimmel. I could have sworn I bought it at one or the other of the last two London Paperback & Pulp Bookfairs I attended, but having examined the photos of my ill-gotten gains from those fairs (follow the links to see them), it appears not, so Christ knows where the damn thing came from. 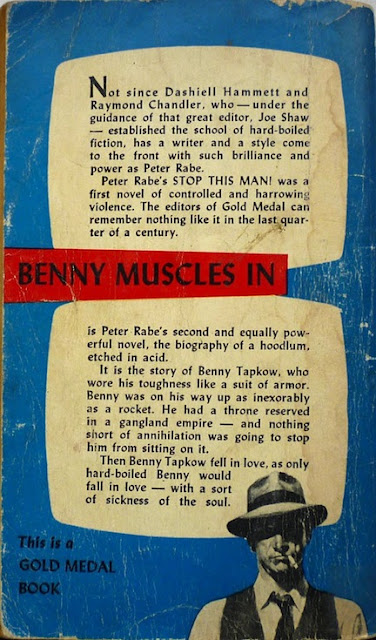 In any case, in his essay Westlake is much more approving of Benny Muscles In than of Stop This Man!, noting that the "characters of Benny and Pat are fully developed and very touchingly real", and that the "hopeless love story never becomes mawkish... The leap froward from Stop This Man is doubly astonishing when we consider they were published four months apart". 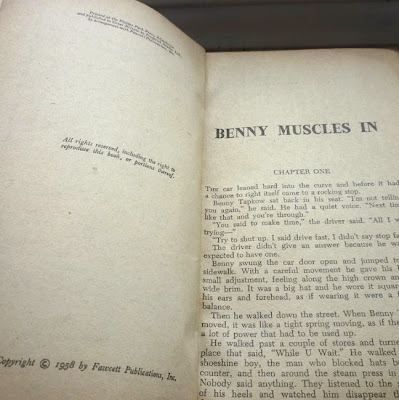 But it's Rabe's next book where Westlake believes the author "finally came fully into his own" – the third Peter Rabe novel to be published by Gold Medal in 1955, A Shroud for Jesso...
Posted by Nick Jones (Louis XIV, the Sun King) at 05:00