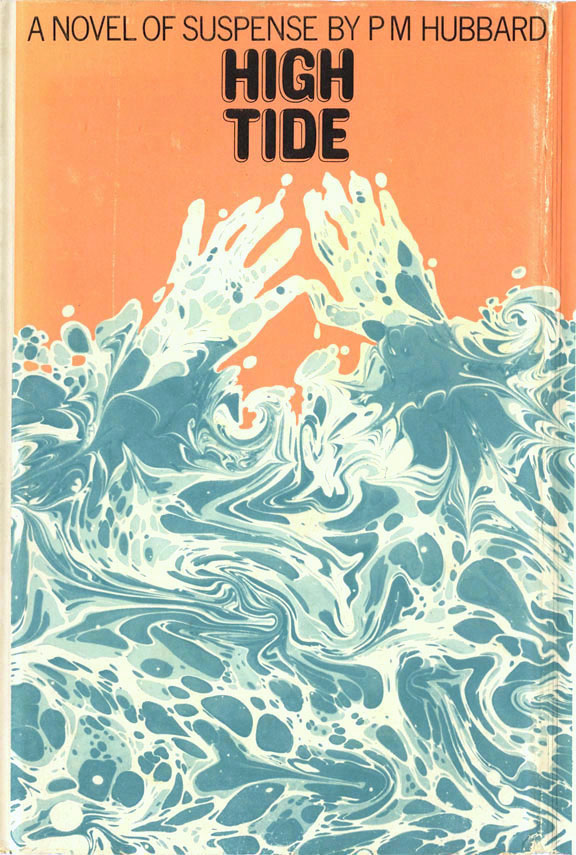 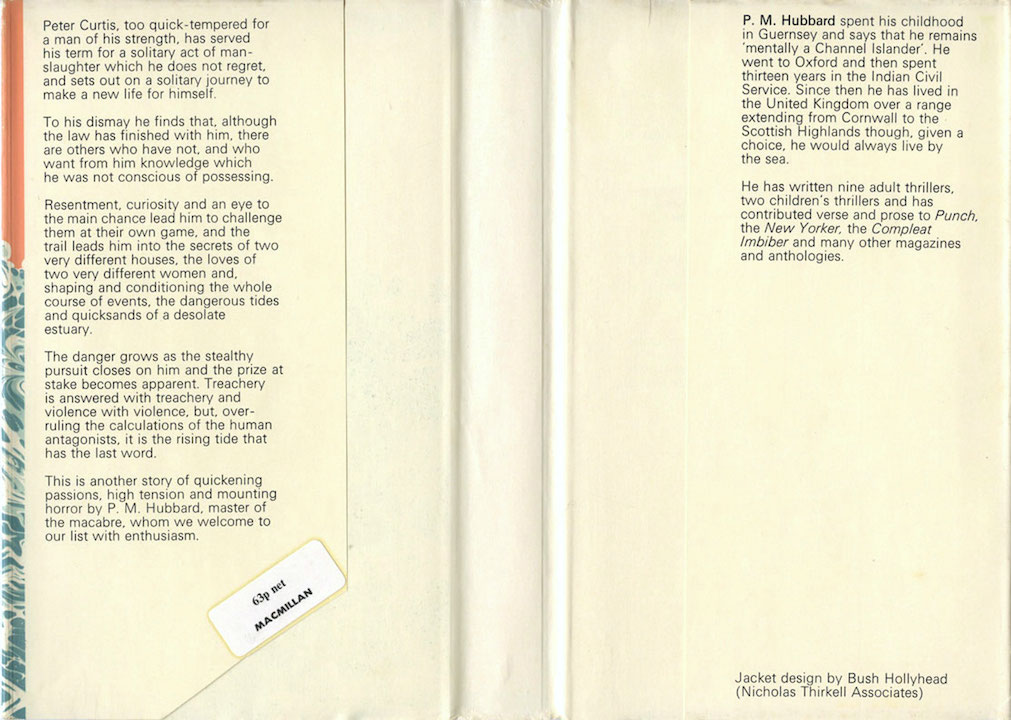 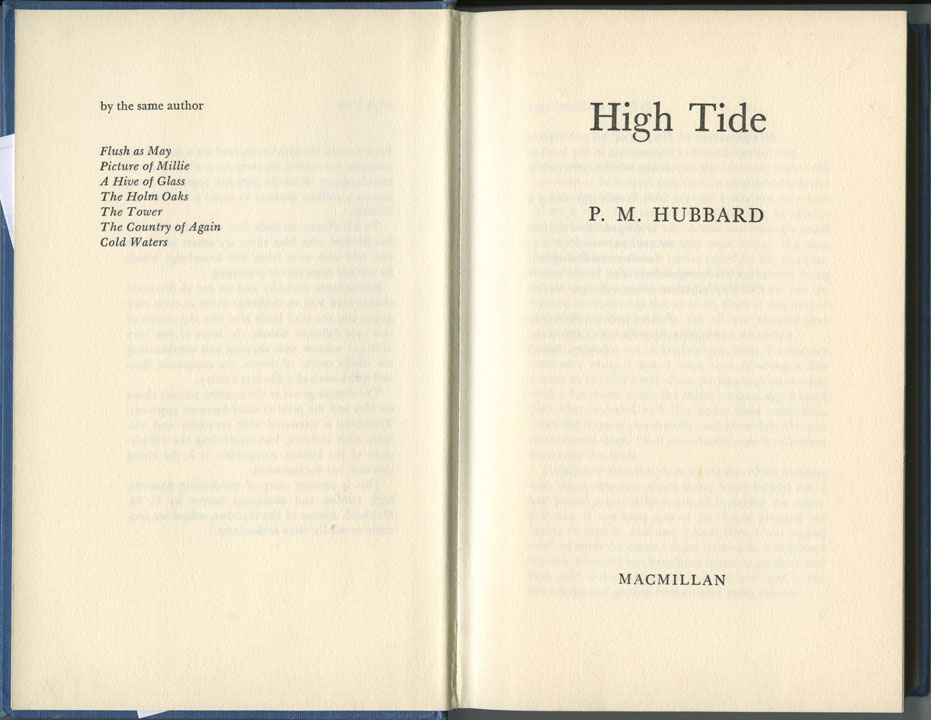 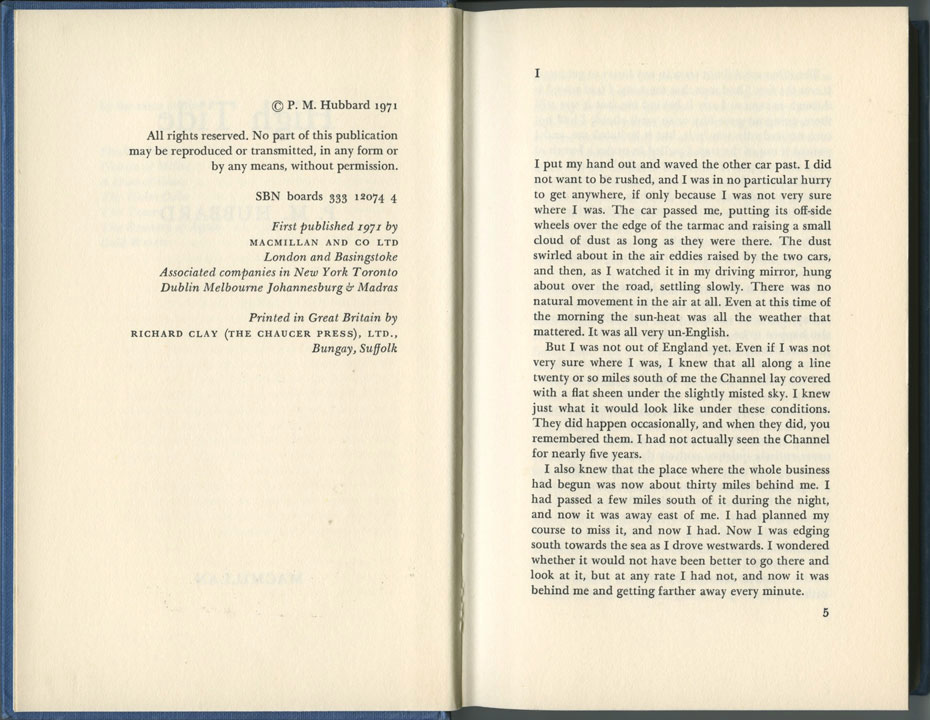 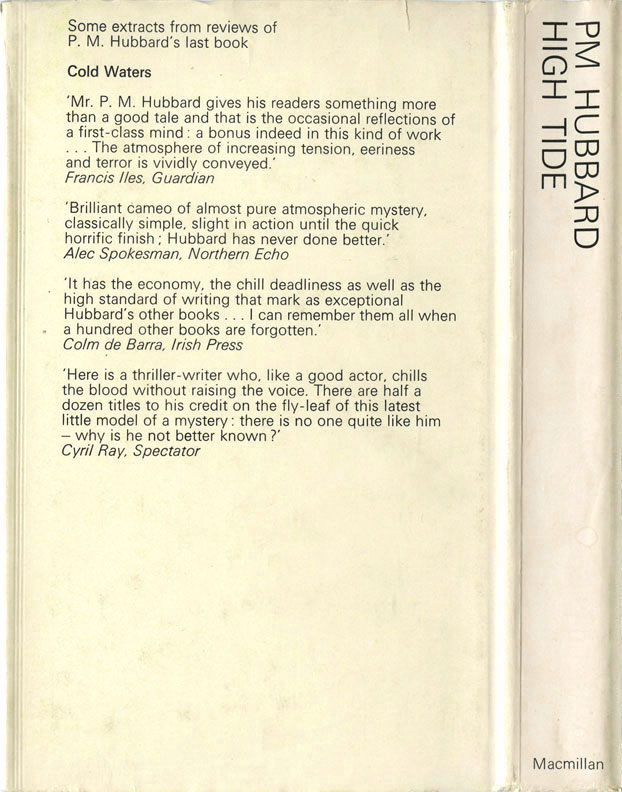 Longtime readers of Existential Ennui – of which I have little doubt there are an ever-dwindling number – may experience a distinct sense of déjà vu upon reading the title of this post. After all, it was only a year ago that I blogged about this very book: 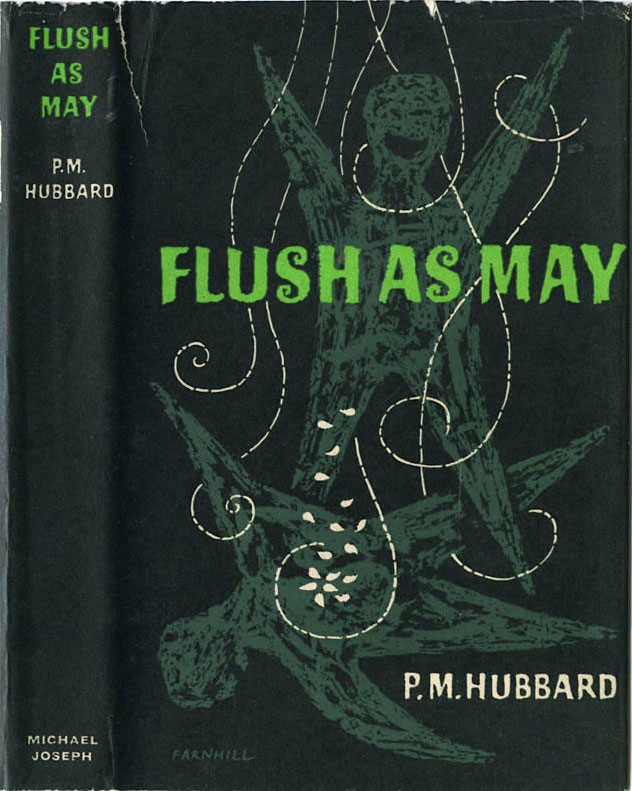 The 1963 Michael Joseph first edition of suspense novelist P. M. Hubbard's debut, Flush as May, dust jacket design by Kenneth Farnhill. Except the book I'm showcasing here, as part of a short run of posts on Hubbard, isn't the same one; it's a different copy, for sure, but more importantly from a book collecting perspective – which is why we – which is to say me – are gathered here today – it's a different printing. The copy of the Joseph edition of Flush of May I showcased and reviewed in, appropriately enough, May of 2013 – having won it on eBay after a fierce tussle with fellow Hubbard enthusiast John from Pretty Sinister Books – was the second impression, printed in April 1963, three months on from the first impression: 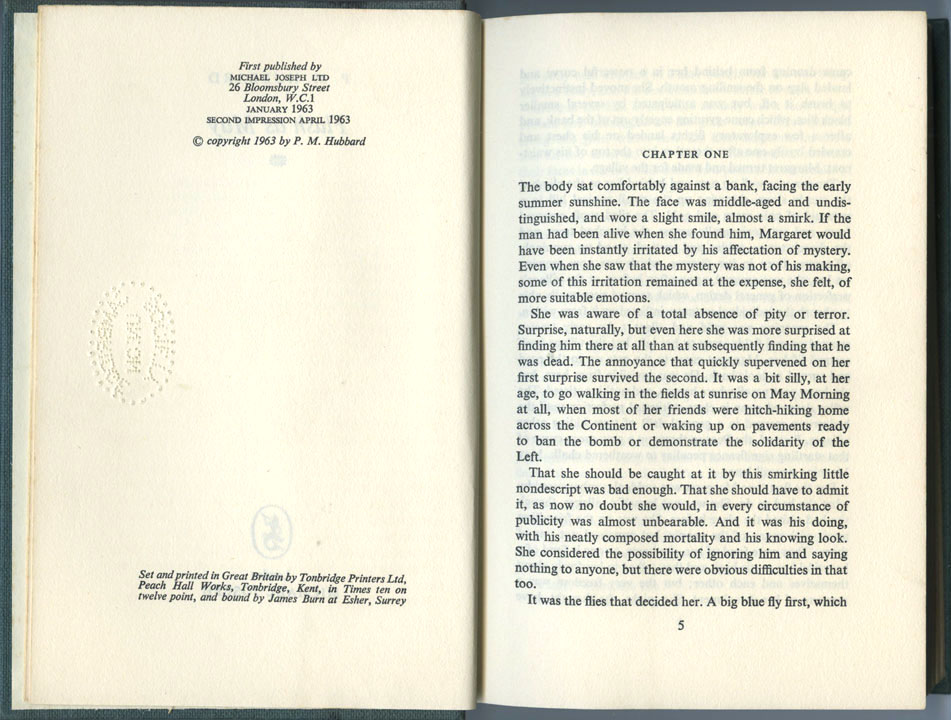 And it was ex-library to boot – note the hole punch stamp identifying the Cambridge Union Society library on the left hand side of the indicia page. Even so, I was jolly pleased to get my hands on it because it was, and remains, a very scarce edition: at present I can see just one copy listed for sale online, and I'm pretty sure that's a 'phantom' listing, i.e. a book listed by an Amazon Marketplace seller, or more accurately drop-shipper – in this case the ubiquitous southend-books-and-dvds – which runs software that identifies empty or nearly-empty Amazon catalogue pages and lists those books with the intention of purchasing another seller's copy to supply to any potential customer. Which is all well and good, except that when there's no other seller with a copy of the book, as seems to be the case with the Joseph edition of Flush of May, one wonders how that drop-shipper hopes to fulfil that order.

Anyway, I've drifted off the point, which is that having won that second impression on eBay a year ago, six months later another copy of the first edition popped up online, this time on AbeBooks; and after making some enquiries I established that it was a first impression and promptly snapped it up (it does have an inch-long tear in its dust jacket, but as it's in otherwise lovely condition, I can live with that). As is frequently the case with impressions of editions, the differences between the two printings are relatively minor. As one would expect, the indicia page of the first printing makes no mention of impression: 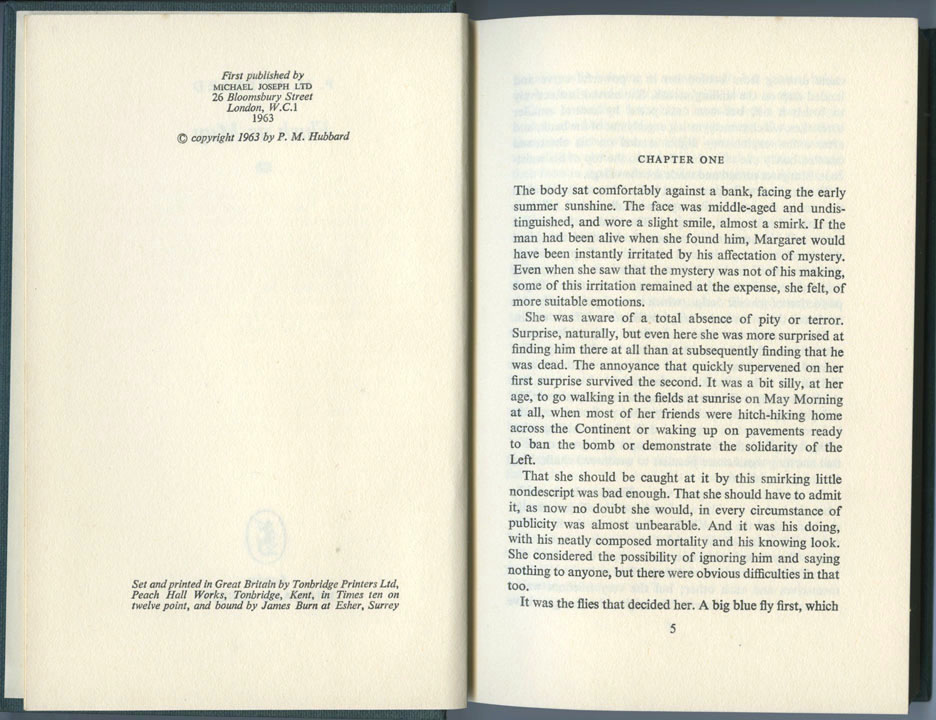 Nor indeed month of publication, while on the dust jacket front flap, there's a precis of the plot as opposed to the second impression's review snippets: 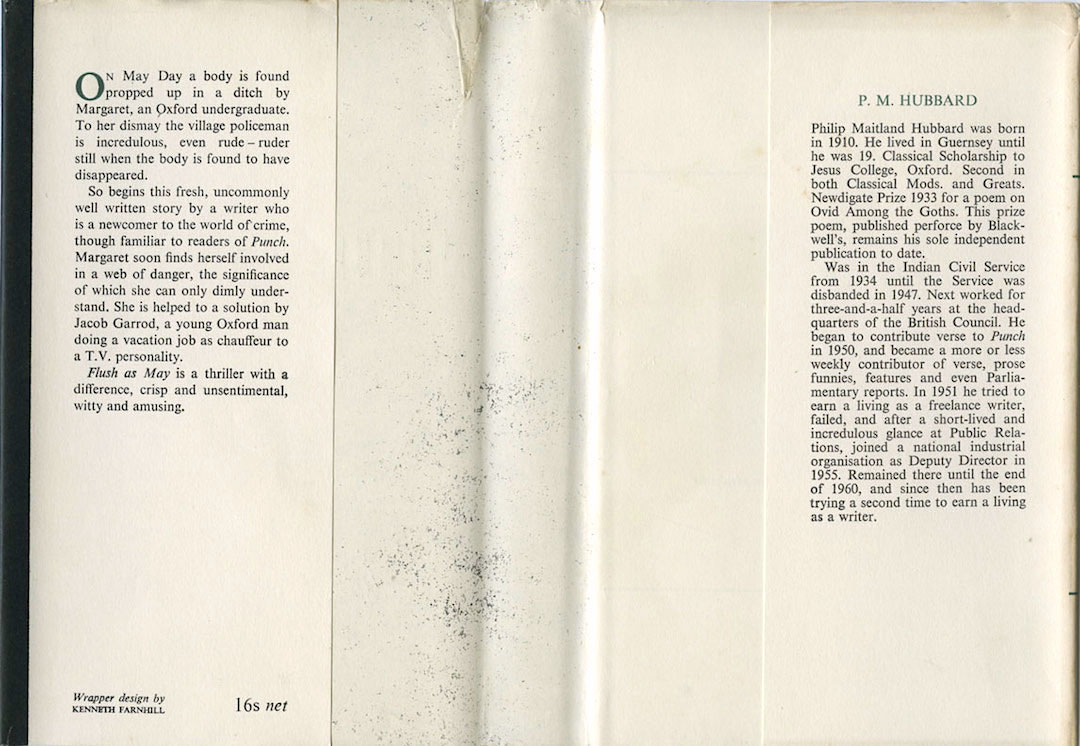 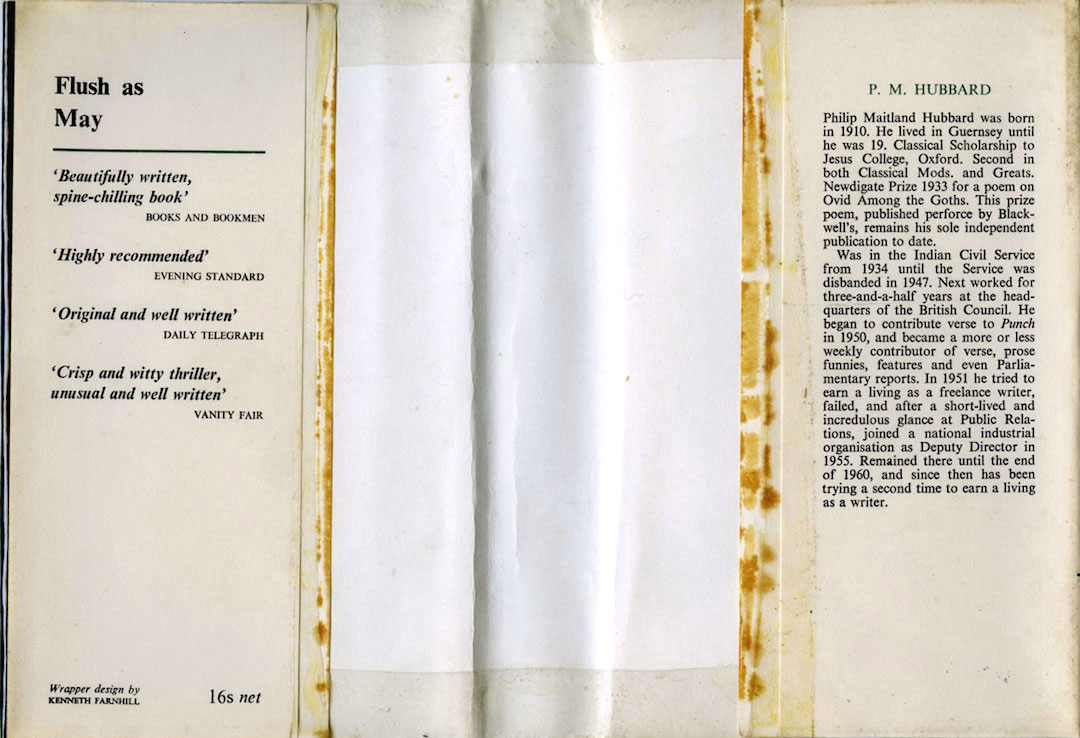 Still, even though to the untrained eye the two impressions are virtually identical, it's nice to own a true first edition of the debut novel by Hubbard, a writer I'm becoming increasingly enamoured of the further into his backlist I venture. Take, for instance, the next Hubbard book I'll be blogging about... 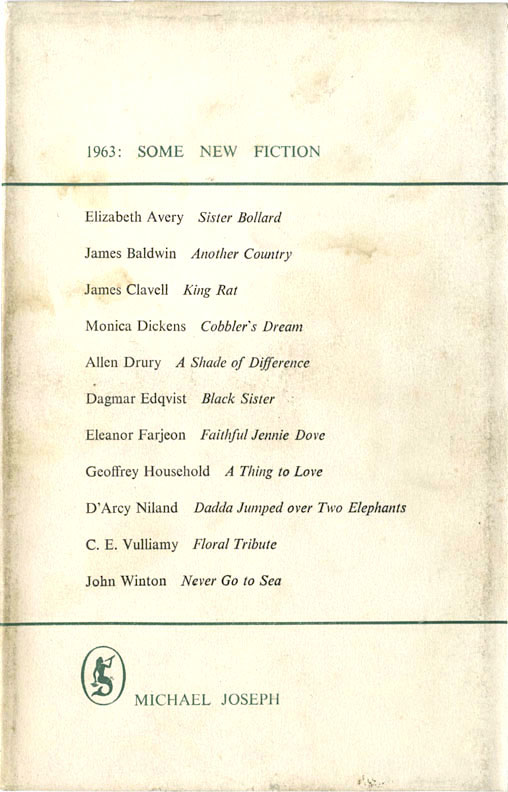