Peter Rabe, by Donald E. Westlake, in Murder off the Rack (Scarecrow Press, 1989) 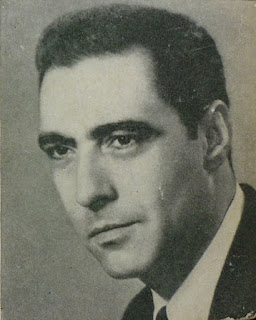 Chances are, if you become inordinately interested in the work of Donald E. Westlake – as I self-evidently have – at some point you're going to encounter Peter Rabe. In interviews and articles Westlake would often cite Rabe as being a major influence (alongside Dashiell Hammett, Vladimir Nabokov and perhaps one or two others), an influence that's particularly noticeable in the hardboiled Parker crime novels Westlake wrote as Richard Stark (especially in Stark/Parker's debut, The Hunter). I've blogged about Rabe repeatedly over the past few years, sometimes comparing Stark to Rabe – notably in this post on Rabe's 1960 crime novel Anatomy of a Killer (which also appears, in an altered form, on The Violent World of Parker) – mostly just reviewing and showcasing Rabe's novels (the majority of which were published straight to paperback). But for true critical insight into Rabe's work, there's really only one place to go, courtesy of Rabe's biggest fan, the aforementioned Donald Westlake. 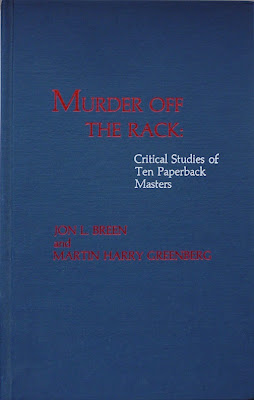 In 1989 Westlake contributed an essay to Murder off the Rack: Critical Studies of Ten Paperback Masters, an anthology edited by Jon L. Breen and Martin Harry Greenberg and published by Scarecrow Press. Titled simply "Peter Rabe", and nestling alongside essays by, among others, Bill Crider ("Harry Whittington"), Max Allan Collins ("Jim Thompson: The Killer Inside Him"), Ed Gorman ("Fifteen Impressions of Charles Williams") and Loren D. Estleman ("Donald Hamilton: The Writing Crew"), across twenty pages Westlake examines the bulk of Rabe's work, novel by novel – from his 1955 debut, Stop This Man!, to 1974's Black Mafia – turning an often highly critical eye on each of them. 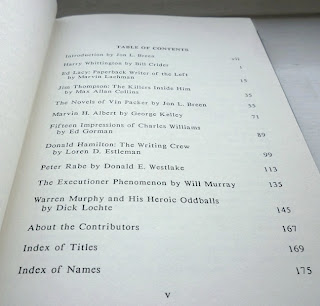 The opening line of the essay – "Peter Rabe wrote the best books with the worst titles of anybody I can think of" – is oft-quoted in relation to Rabe, but make no mistake: this is no bibliographic hagiography. When Westlake feels Rabe is good – Kill the Boss Goodbye (1956), say, or Anatomy of a Killer, or The Box (1962) – he's fulsome in his praise; but when he believes Rabe's writing is subpar, he doesn't pull punches. I was surprised, for instance, by the treatment meted out to Rabe's series of novels starring reluctant criminal Daniel Port; I'd always figured the Port novels had been a big influence on the Parkers in particular, but apparently not. Of the debut Port outing, Dig My Grave Deep (1956), Westlake writes:

[The book] is merely a second-rate gloss of Hammett's The Glass Key, without Hammett's psychological accuracy and without Rabe's own precision and clarity. The book flounders and drifts and postures. The writing is tired and portentous, the characters thinner versions of Hammett's.

Ouch – and the remainder of the Daniel Port series fares little better. Even so, Westlake has the gift, possessed of the best critics, to make even the duffest-sounding of novels seem interesting. His clear-eyed assessments are consistently entertaining, affording insight even when he's slating Rabe's work – and I'll be drawing on a number of those assessments over the coming weeks, as I unveil some of the Peter Rabe paperbacks I've picked up over the past year, and take a look at what Westlake had to say about them. 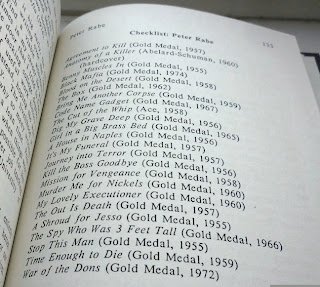