Notes from the Small Press 12: The Sky in Stereo, by Mardou; Mini-Comic Review

The last time I posted one of these Notes from the Small Press mini-comics missives, way back in October of last year, I remarked that it had been a while since the previous one. The gap in that case was six months, so the five-month gap between this post and October's isn't quite so bad... but clearly I must do better in future. Smack on back of hand with ruler. (Ouch!) 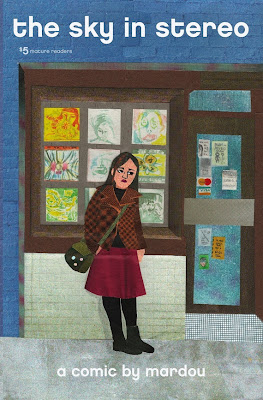 There's also the danger with this latest Notes that I could be opening myself up to charges of favouritism, or possibly even stalking, because the comic I'm reviewing this time, The Sky in Stereo, is by a cartoonist who's already featured twice in the series: British ex-pat (she now lives in the States) Mardou. In my defence, however, I do have an excellent reason for returning to her (again) – actually, two excellent reasons: this newly published mini-comic contains some of her best work yet; and it's set in a time and a place that's very familiar to me. 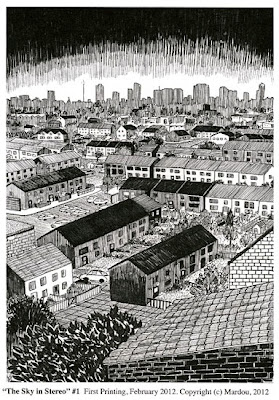 The time, or rather the year, is 1993, and the place is Manchester in the north of England, where, from 1989 to 1992, I lived and, at least in theory, studied; since I was a fine art student and it was the height of Madchester, not an awful lot of work got done. I'd left the city by '93, but the Manchester of The Sky in Stereo is recognisably the one I drank and danced and occasionally painted in – not so much in terms of drawings of well-known Manchester landmarks – aside from a cityscape on the title page, there are few of those in the comic, although the sequences set in beer-stained student nightclub The Ritz brought a smile to my face – but more the tone of the piece. 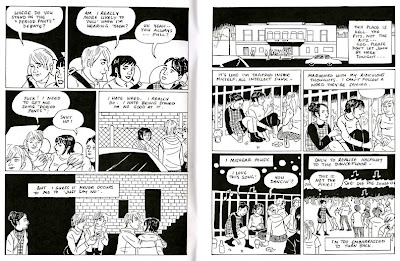 There's no real plot to speak of; evidently partly autobiographical, the comic follows Iris, a seventeen year old native of Manchester working a succession of dreary service industry jobs, going out to rubbish clubs, getting stoned once in a while, still hurting from the end of a recent relationship, and generally over-examining every aspect of her life. In other words, an angst-ridden teen just like I, and maybe you, used to be. After quitting her job at a clothes shop, Iris takes a position at a burger bar at the train station instead, in large part because she'll be working alongside Glen Hibbs, "poet, punk rocker, fry master". The two become close, and then Glen gets into smack and matters take a turn for the dark.

That's about the gist of the story – this first chapter of it, anyway; The Sky in Stereo is part of a longer work – but a straight recital of events really doesn't do justice to the comic. The beguiling artistry of The Sky in Stereo lies in Mardou's captivating command of character and mood, of her detailing of the disappointments, minor triumphs and minutiae of everyday life in a humdrum northern town. The cast is convincing and believable, the dialogue is naturalistic, and Mardou's cartooning has reached a level of confidence – similar to that of Gabrielle Bell's – where a few deft lines and a scattering of words can effortlessly conjure up an authentic sense of place, skewer with admirable frankness and clear-sightedness an emotional encounter, or depict a moment of supreme silliness that will make you laugh in recognition. 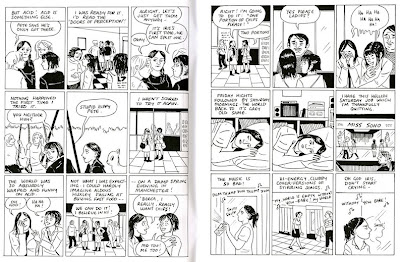 It's an evocative, beautifully drawn comic which should, in a just world, bring Mardou to a much wider audience, and you can order it direct from Mardou's Etsy store, currently with free shipping in the States (and not that much for the rest of the world). I can't recommend it highly enough. And if you're interested in exploring Mardou's work further, follow the links to the third and fourth instalments of Notes from the Small Press below, or check out her LiveJournal page or the Global Hobo store. 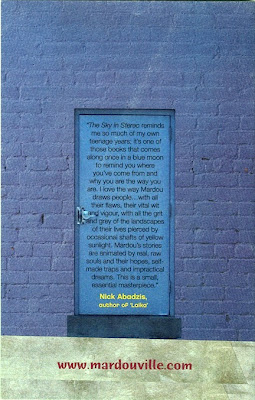 Notes from the Small Press 11: a Review of Illegal Batman in the Moon
Posted by Nick Jones (Louis XIV, the Sun King) at 07:41